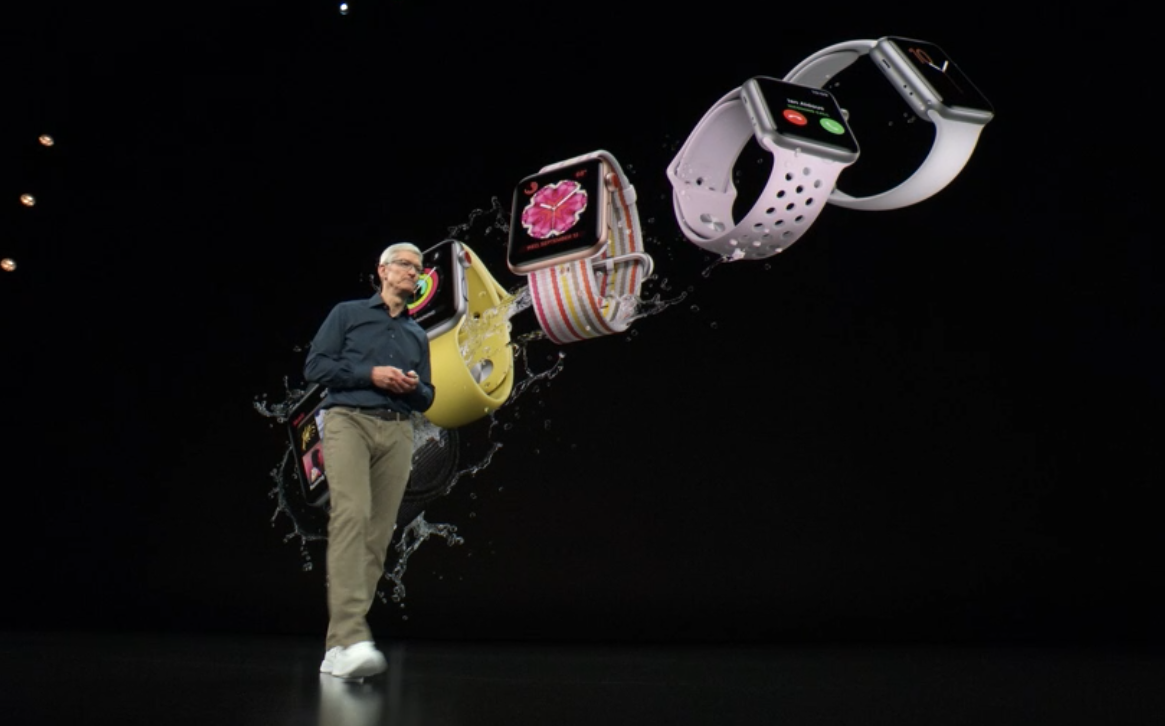 It’s no secret that Apple has been looking for new viable entry points into the country’s $3 health care sector, positioning the Apple Watch as the device that will increasingly carry the company along that path. As part of that effort, Apple has gotten more comfortable talking to outside entities — everything from nonprofits to health care groups and developers — as it looks for new ways to do that. And a couple of unrelated, just-announced health care projects only underscore the company’s ambitions along these lines.

One of those projects involves Apple having agreed to give away 1,000 watches to help with a study that will track binge-eating. The University of North Carolina’s medical school is about to start a study called the Binge Eating Genetics Initiative, or BEGIN for short. Part of that study involves each participant being given an Apple Watch so that researchers can track their heart rate over a month to see if there are any pronounced deviations that are noticeable before a binge-eating episode.

In a separate, unrelated project, Apple and medical device company Zimmer Biomet have teamed up to create a mobile app called mymobility. It’s part of an effort that combines the app along with other data collected via the Apple Watch to, according to a CNBC report, try to figure out why certain patients recover faster than others from knee and hip replacement surgeries.

“The Apple Watch will track steps and heart rate data, allowing patients to share that information with their doctors to provide a clearer picture of how they’re doing after surgery and to analyze potential setbacks,” CNBC notes. “For example, if a patient is concerned about the level of pain, the care team could see that the patient walked five miles the previous day, so the problem may be overexertion rather than a serious complication.”

In terms of the study of those surgery patients, there’s potential to have a big impact. Estimates peg the number of Americans who get hip and knee replacement surgeries at more than 1 million a year. Zimmer Biomet is also one of the largest manufacturers of reconstructive products, according to the CNBC report.

About the binge-eating study, meanwhile, there’s a similarly large population affected there. According to the National Association of Anorexia Nervosa and Associated Disorders, at least 30 million people in the US have some kind of eating disorder, and one hope is the new study reliant on Apple Watch could help researchers predict an episode of binge-eating before it happens.

In related use cases, Apple of course also won FDA clearance for an EKG sensor used with the watch, and in September Apple began a partnership with Stanford University to see if it could detect a certain heart irregularity in study participants. All of which goes to show the iPhone maker is still very much keen on pursuing health care efforts like these and others in earnest.