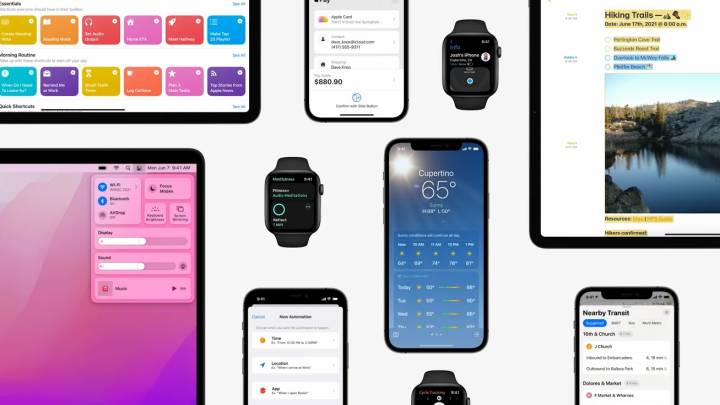 For many Apple fans, the annual Worldwide Developers Conference begins and ends with the keynote address. This is when the company shows off all of the new features and functionality coming to its myriad operating systems for the first time, and at WWDC 2021, this is where we were introduced to iOS 15, iPadOS 15, macOS Monterey, watchOS 8, and more.

But in reality, the conference lasts all week, and while there isn’t much else of interest to the average consumer, there are some occasional revelations sprinkled throughout the talks. And some of those revelations are more intentional than others, as MacRumors discovered.

One of the many changes coming to Apple Watch when watchOS 8 rolls out this fall is the rebranding of the Breathe app. Starting in watchOS 8, Breathe will be called Mindfulness, and according to Apple, it will feature “an enhanced Breathe experience, plus a new session type” known as Reflect:

Reflect offers a mindful intention to focus on for as little as one minute that can be done anywhere and at any time. Each Reflect session welcomes the user with a unique, thoughtful notion to consider that invites a positive frame of mind. For example, the user may see something like “Recall a time recently when you felt a sense of calm. Bring that feeling into this moment,” or “Reflect on one thing you’re grateful for and think about why you appreciate it so much.”

That’s all that we got from Apple in regards to the Mindfulness app during the WWDC keynote, but at its Platforms State of the Union on the same day, an image appeared on screen for a fleeting moment which featured a bunch of Apple devices running the latest versions of all of their respective operating systems. Smack dab in the middle was an Apple Watch with the Mindfulness app open, and within the app, an unannounced feature called “Fitness+ Audio Meditations” could be spotted.

Apple has since removed the slide with the spoilerific screenshot from the video of its Platforms State of the Union, but you can see the slide in its original form at the 30-minute mark in the ASL version of the video. Presumably, we will learn more about this feature before the watchOS update arrives, but Apple clearly isn’t ready to talk about whatever it has planned for Audio Meditations yet.

Back in January, Apple unveiled an Apple Watch feature for Fitness+ subscribers called “Time to Walk.” Time to Walk is an audio walking experience that “invites users to immerse themselves in a walk alongside influential and interesting people as they share thoughtful and meaningful stories, photos, and music.” Fitness+ Audio Meditations could be along the same lines, perhaps competing with the likes of the Calm app and the many celebrity voices it contains to help put subscribers to sleep.