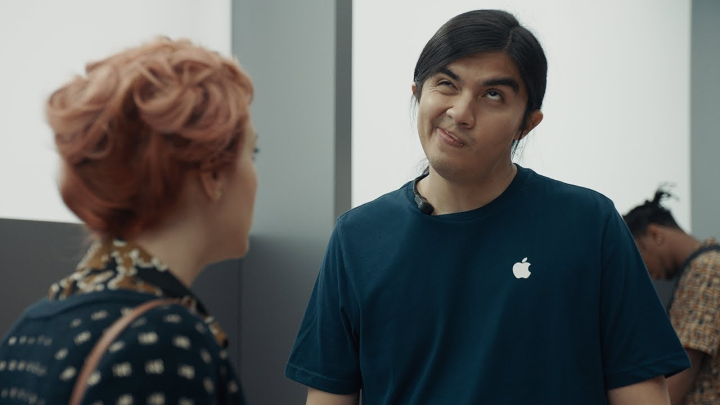 As Galaxy S9 sales continue to fall precipitously, Samsung is looking for ways to attract a larger audience. And while it may be the oldest trick in the book, the South Korean conglomerate has decided to once again poke fun at Apple in a new series of “Ingenius” advertisements, mocking the iPhone for features it doesn’t have.

Similar to the “Speed” ad that was shared on Samsung’s YouTube channel earlier this week, the three new ads show potential iPhone owners visiting Apple retail stores and asking employees at the Genius Bar about different aspects of the iPhone. As you might expect from a Samsung commercial, the features that the customers ask about either don’t exist on the iPhone or are thought to be better on the recently released Galaxy S9.

In the first of the new ads, a customer wants to know if the camera on the iPhone X is better than of the Galaxy S9. You may recall that  DxOMark gave the Galaxy S9+ a higher rating than the iPhone X in March — in fact, it was the highest score ever at the time. The Apple Genius is not phased, but doesn’t have a great answer:

The next customer wants to know if he’ll be able to plug his headphones into the iPhone X. The Genius explains that he will with an adapter (aka “a dongle”), at which point the conversation becomes very uncomfortable:

The third and final customer wants to know why the iPhone X doesn’t come with a fast charger like the Galaxy S9. The Genius tells her to just buy a USB-C to Lightning cable and a fast charging adapter. That said, multiple reports have suggested that Apple will include a fast charger in the box with its 2018 iPhones: