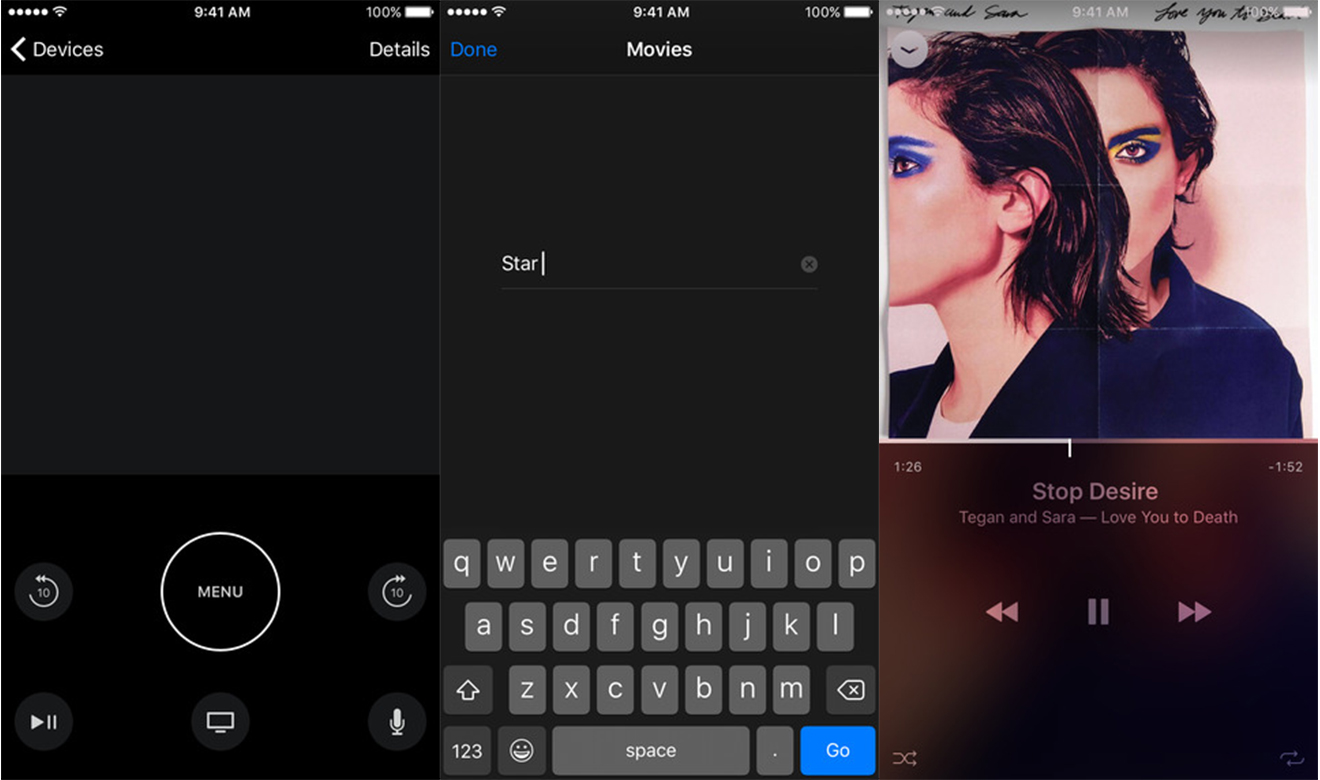 The is a surprisingly good set-top box for streaming services, or mirroring your iPad’s display onto the big screen. But having to actually plug in your Netflix password (or searching for shows) is a pair without a keyboard.

Apple has finally fixed all that by releasing the Apple TV App, which does exactly what it says on the tin. Navigate and control using the touchscreen? Check. Use your iPhone’s keyboard instead of shouting things at the Siri remote? Double check.

DON’T MISS: What if the iPhone 8’s screen is even more durable than Gorilla Glass 5?

The app isn’t a surprise, since Apple exec Eddy Cue previously said it was coming. But it still solves a big pain point for anyone who uses an , making typing exponentially easier.

The app’s not perfect, though. You can use Siri to control your TV from your phone, but only by opening the app, pressing the microphone button, and then talking to Siri. That’s not really the perfect future we were promised, but hopefully a fix is coming in a later software update.

Apple’s also not the first company to use a mobile app as the remote for a smart TV. Obviously, Chromecasts have only ever been controlled by smartphone apps, and I can remember smart TVs from Panasonic using a TV remote app five years ago.

Still, innovative or not, you’ll probably want to download the app right now if you own an . It’s free on the app store, and works with any generation 2 or newer.