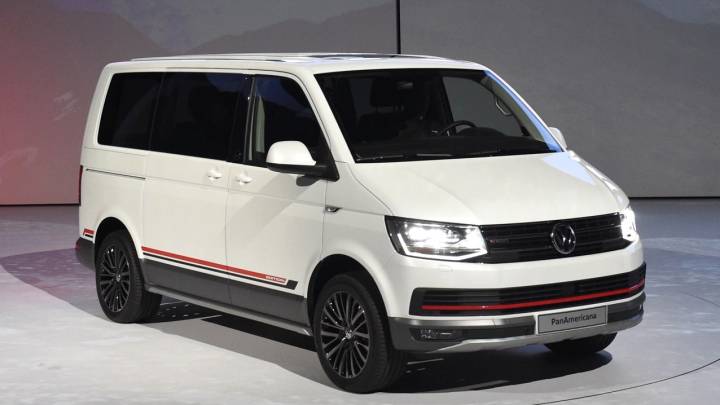 Rumors a few years back kept telling us that Apple is making its own car, a vehicle supposed to do to the auto industry what the iPhone did to mobile. We then gradually learned that Apple isn’t so much interested in manufacturing its own car, a laborious and resource-intensive process even for a company that’s minting fresh billions each quarter.

Instead, Apple focused on the software side, pursuing its own self-driving car tests, with some suggesting that Apple is looking to create the smarts of the car of the future, rather than an actual car.

We now learn that Apple partnered with Volkswagen, after failing to reach deals with BMW and Mercedes Benz, to create its own van that will ferry Apple employees around between campuses. But the most exciting side of the story is that Apple had indeed plans to build a new car experience for the user, as well as a design it had to put on hold.

It’s a report from The New York Times that reveals Apple and Volkswagen are building new T6 Transporter vans that will have self-driving minds of their own, and a brand new interior.

BMW was the first choice for Apple, but the two giants clashed over the ownership of customer experience and relationship. Control of the data and design was one other major hurdle. Talks with Mercedes were not fruitful either.

But before giving up on manufacturing its own car, Apple did have some interesting plans, according to The Times:

Apple originally began its car project — known internally as Titan and T172 — in 2014. At the time, Apple planned to build a single vehicle that would upend society and industry, in what would be the automotive version of the iPhone. The company set to work on an electric driverless car with a lush interior reminiscent of a lounge or living room, where passengers face each other instead of the road, according to two early employees of the project.

Apple’s design guru Jony Ive worked on the project as well. “Unconventional concepts,” such as augmented-reality or holographic displays embedded in windshields and windows, a sunroof that would reduce hear from the sun, and adjustable tints for windows were all in the cards.

Apple even built a sport-utility vehicle with four seats facing each other that was similar to a design concept Mercedes shown off a few years ago.

Apple even wanted to build the car in-house, in an automotive plant in the south of the United States before looking for a partner to make the car, but not design it. Apple, however, failed to find the Foxconn equivalent for vehicles, as talks with BMW and Mercedes fell through. Foxconn is the world’s largest device assembler, iPhone included. But Foxconn doesn’t have its own iPhone competitor.

So now, Apple is working with Volkswagen’s Italdesign in Italy on turning the T6 vans into electric self-driving shuttles. These Apple cars will have the same frame, wheels, and chassis as the T6, but Apple is replacing many components, including the dashboard and seats. The car is also getting other computers and sensors and a large electric battery.

When completed, these cars will have a driver ready to take controls and an operator in the passenger’s car to track the car’s performance, as they’re driving themselves between Apple’s campuses.