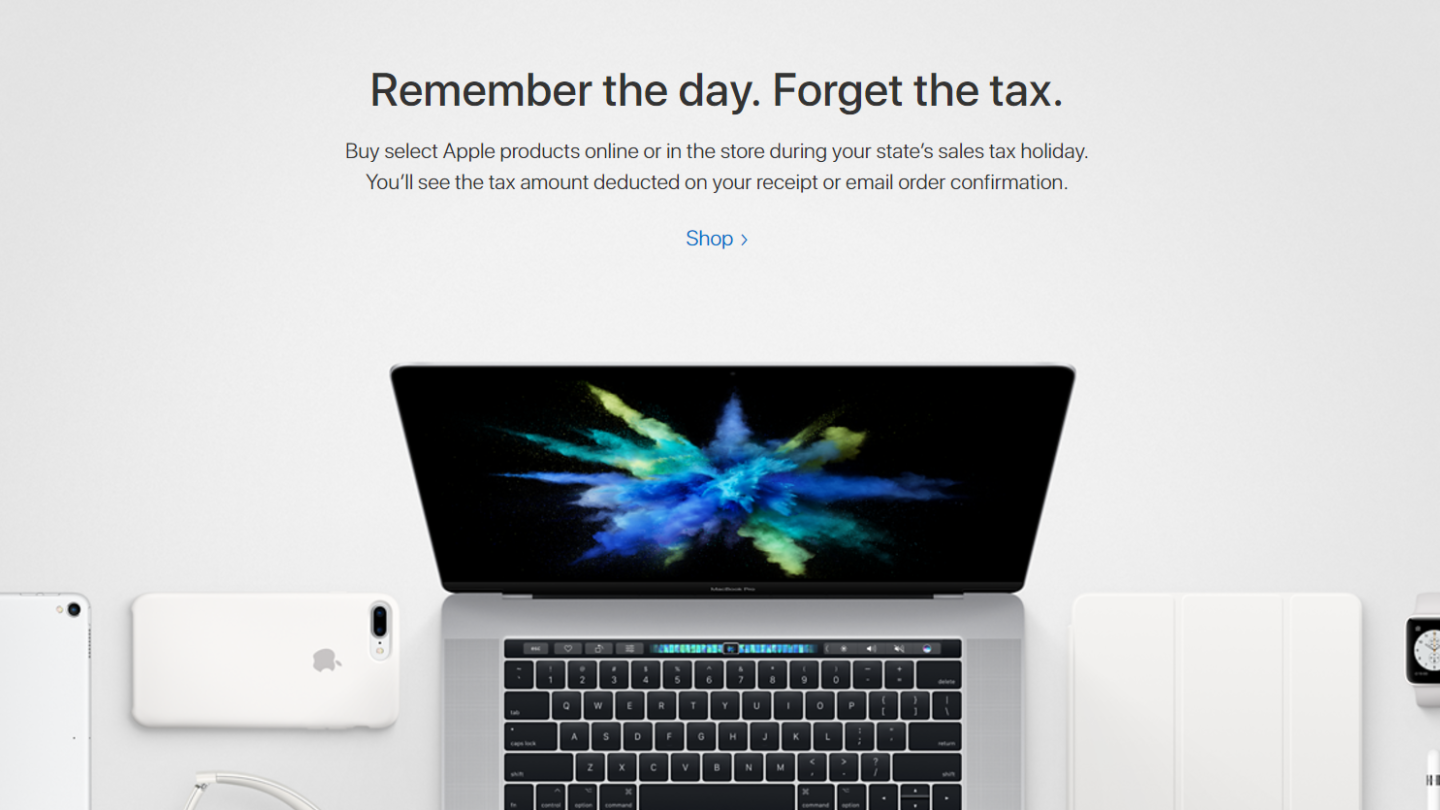 Never one to miss out on a good chance to boost sales, Apple has dedicated a whole corner of its website to helping residents work out which products will be cheaper this weekend.

With its oversized population, Florida might be the most relevant entrant on this list. From August 4-6th, computers “with a sales price of  $750 or less” aren’t subject to sales tax. That $750 is going to struggle to buy you a new MacBook, but luckily, an iPad is also a computer according to the Florida Department of Revenue. Software also counts, according to Apple.

The complete list for Florida includes most every accessory you can think of, as well as things like routers and printers:

South Carolina is forgoing the money limit on deductions, and instead limiting the tax-free allowance to computers and accessories “purchased with a CPU” — basically just any accessory bought along with a computer.

Virginia is the stingiest, and the tax-free allowance only applies to products under $20, or cell phone chargers and batteries under $80.