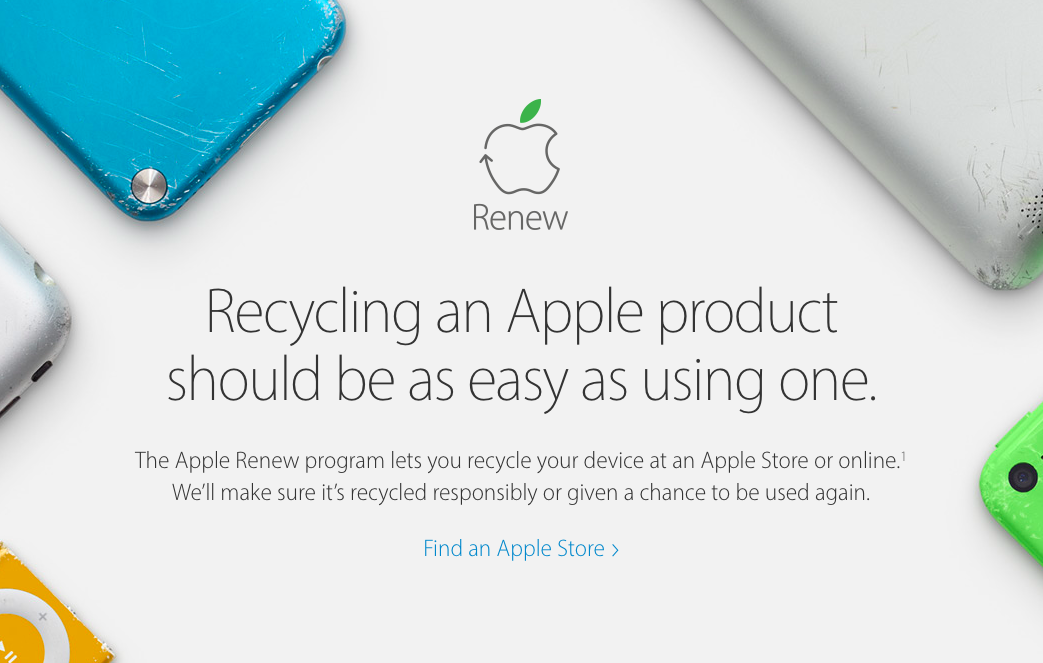 Although the unveiling of the iPhone SE was the highlight of Apple’s media event this week, the company’s new recycling robot nearly stole the show. After introducing the world to Liam, an R&D project capable of deconstructing an old iPhone down to its core components, Apple Renew quietly launched online.

SEE ALSO: All the best new iPhone and iPad features in iOS 9.3

With all the headlines directed at the iPhone SE, iPad Pro and Apple Watch price cut, you might have missed Apple Renew altogether, but here’s the gist: If you’re interested in dumping an old iPhone, Apple is making it easier than ever.

But that’s not all. Apple will also take old iPads, Macs, iPods and even PCs. Just head to the Apple Renew landing page, scroll down to find your device and follow the instructions at the link.

Once you choose which device you want to recycle, you’ll be asked a series of questions to determine the model of the device and the condition that it’s in. Based on those factors, Apple will give you a price.

This only works if you’re interested in staying within the Apple ecosystem, as your payment will be in the form of an Apple gift card, but it’s one quick and easy way to get rid of an unused device without hurting the environment.

Here’s what you’ll get when trading in an iPhone (h/t Lifehacker):

To see the value of other devices, head to apple.com/recycling.