Apple will now let you pay for apps, music, movies and more with PayPal

On Wednesday, PayPal was added as a new option for payments on the App Store, Apple Music, iTunes, iBooks and iCloud. Payment methods on iOS devices have been frustratingly limited for years, with users having to choose between paying with credit cards and gift cards, but now anyone with a PayPal account will be able to buy apps and movies on an iOS device.

Starting today, the PayPal payment method is available in 12 countries: Germany, France, Spain, Italy, the Netherlands, Austria, Mexico, Israel, Canada, Australia, the UK and the US. iOS users will even be able to ask Siri to make a payment using PayPal, which is a nice perk.

If you want to start using PayPal on your iOS devices, here are the steps you need to follow: 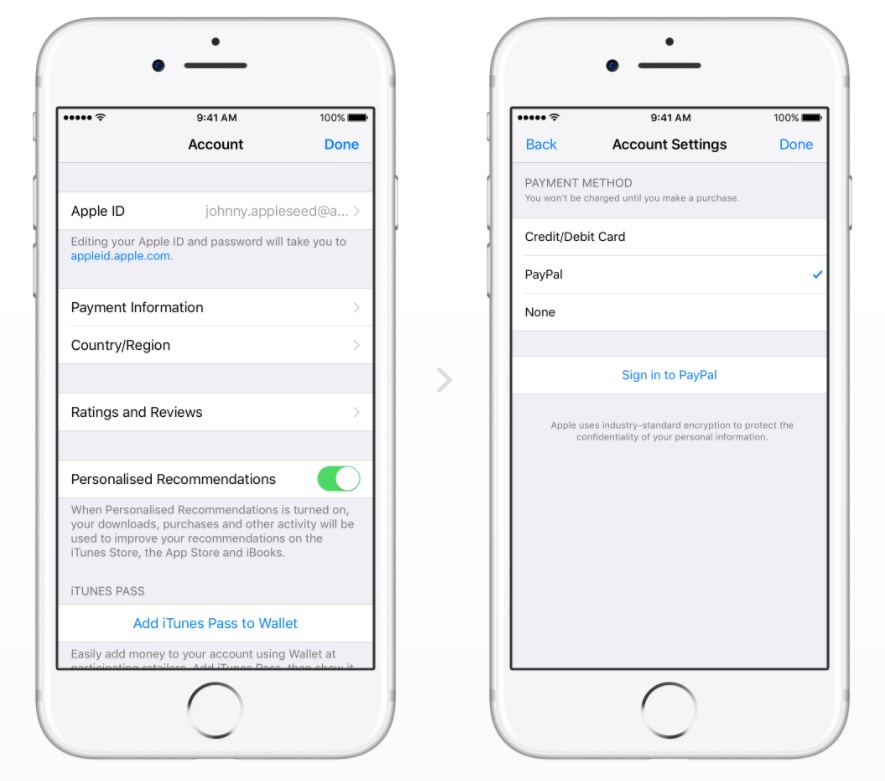 Once you’ve selected PayPal, all future purchases made with your Apple ID will be automatically charged to your PayPal account. PayPal says that this includes “apps, music, movies, TV shows, and books, as well as Apple Music subscriptions and iCloud storage.” Along with purchases on the iPhone, iPad and iPod touch, the payment method also extends to Apple TV and Apple Watch.

If you want to purchases apps, movies and books on your iPhone, but would rather not enter your bank card information directly, this is pretty much the perfect compromise.

Tweet
If this is Google’s Pixel 2 XL, we need one right now