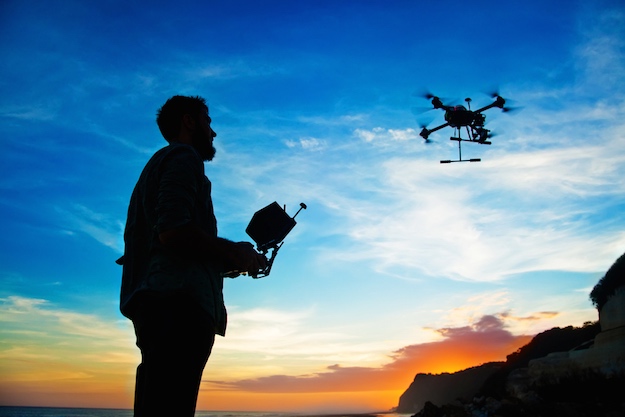 We’ve known for some time that Apple has an army of sensor-packed vehicles doing its best to keep its Maps app up to date, but a new report claims that the company’s ambitions are taking it skyward. Bloomberg says Apple is hard at work on a fleet of drones that will monitor road changes and allow for more rapid Maps updates.

Apple has already obtained an exemption from the FAA that gives the company clearance to “operate an unmanned aircraft system to conduct data collection, photography, and videography,” the report states. Citing unnamed sources, the report also claims that Apple is building up a team of experts to oversee the drone effort.

TOO HOT: Samsung will make the Galaxy Note 7 virtually unusable in Australia

It’s worth noting that due to current commercial drone restrictions, Apple won’t simply be able to send a team of automated drones out into the wild; Guidelines limit drone use by requiring that licensed operators be in control of the crafts at all times, and that they remain within eyeshot. Drones are also prohibited from entering airspace above buildings or highly populated areas due to risk of failure and crashes.

Bloomberg‘s report also suggests that Apple plans to launch an indoor mapping feature in Maps that will help users find their way through large interior spaces like airports, and that the company acquired Indoor.io and WiFiSlam to build it.

If accurate, these new efforts to improve Maps could give it a bump in its fight against stalwart navigation app Google Maps, which has remained the go-to for smartphone users on both iOS and Android. Apple’s launch of Maps was a historic stumble for the company, and one that it’s never really bounced back from. New functionality and more accurate, up-to-date data could change that.