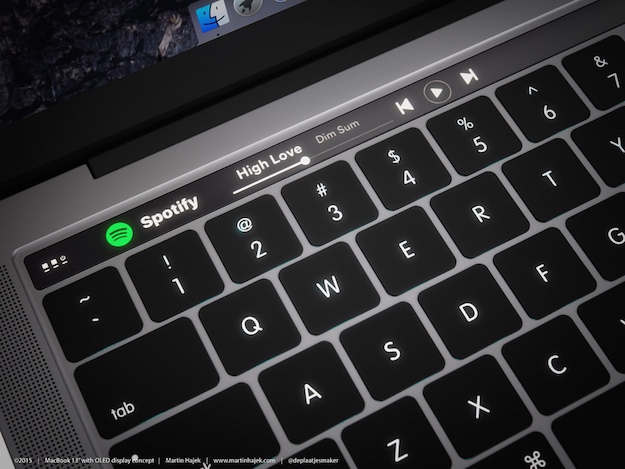 Over the past few months, it’s become increasingly hard to ignore the fact that Apple’s Mac lineup has gotten unusually stale and, dare we say, even a bit outdated. Apple’s Mac Pro, for example, hasn’t been refreshed in nearly 1,000 days. There is good news on the horizon, however. For any prospective Mac buyers who have been patiently waiting for a massive refresh, Apple’s hardware plans this coming fall shouldn’t disappoint.

According to a new report from Bloomberg, Apple over the next few months is planning to roll out a slew of long-overdue Mac upgrades. Whether you’re in the market for a new notebook or a new desktop computer, it appears that Apple will have a little bit of something for everybody.

DON’T MISS: A premier case maker may have just leaked the best iPhone 7 images so far

Bloomberg relays that Apple in 2016 will release a revamped MacBook Air, a new iMac configuration, and last but not least, a brand new MacBook Pro with an OLED touch display located above the keyboard. The upgrades are expected to hit store shelves sometime in 2016 but it’s not yet clear if new Mac hardware will be announced during Apple’s upcoming media event. One has to imagine that Apple, if at all possible, will want to roll out new hardware as soon as possible, and certainly before the 2016 holiday shopping season kicks into full gear.

Apple is planning to release some of the new Mac products as soon as October, according to the people. The updated line includes tweaked MacBook Air devices with multi-functional USB-C port technology and iMacs with an option for new graphics chips from Advanced Micro Devices Inc.

A thinner MacBook Pro with a flatter keyboard is also in the pipeline, people familiar with the matter told Bloomberg News earlier this month. The standout feature is a digital function key display above the keyboard that allows for common tasks to be done more quickly for whatever program is being used, according to people familiar with the upcoming product. The feature is internally called the “Dynamic Function Row,” two of the people said, who added that Apple’s official name may differ.

Notably, rumors of a completely redesigned MacBook Pro have been making the rounds for a few months now and initially surfaced via a research note from reputed analyst Ming-Chi Kuo. In addition to new Macs, Bloomberg adds that Apple is also working with LG to develop a new standalone 5K display that may also be released before 2017 rolls around.