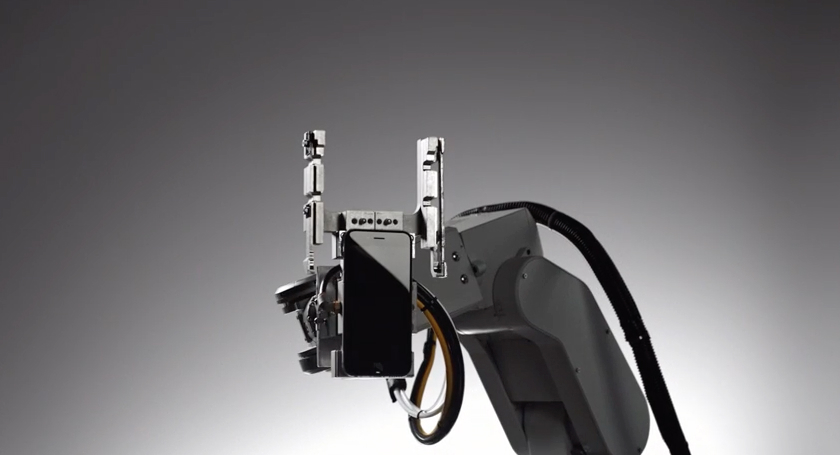 One of the things Apple unveiled during its iPhone SE event on Monday was a cute WALL-E-like robot that knows how to do just one thing: Fully disassemble old iPhones into their base components so they can be recycled.

At the time, we thought the video Apple showed was pretty interesting, but it looks like Liam is more than an eco-friendly gimmick. This smartphone-disassembling machine was something so secret inside Apple that only a few engineers who were hired specifically to build it knew about it. Furthermore, it’s a machine so unique that no other companies have it.

A few days before Apple’s keynote, Mashable got an early access to Liam at a secret location close to Apple’s headquarters in California. First, we learn that Liam for the time being is only able to take about the iPhone 6s, although it will be programmed to take apart older models in the future.

We also learn that Liam isn’t an acronym — rather, it’s just the name the robot was given while it was in development.

The robot was designed by a group of engineers, while a second team wrote the code for the disassembly process. The robot is still in development, and Apple is looking to improve it so that it can take apart other gadgets that it makes. Plans to deploy a Liam in Europe are also underway.

Three years in the making, Liam is a large-scale robot that has 29 freestanding robotic arms which help it take apart various components of the iPhone 6s with high precision. These elements are then stored in bins, and they can be recycled in a more efficient manner than standard recycling practices.

Liam can complete an iPhone disassembly process in 11 seconds, with dozens of units running through the system at all times. Some 350 units are turned out each hour, or about 1.2 million per year.

Mashable’s full inside look at Liam is worth a read – check it out at this link.