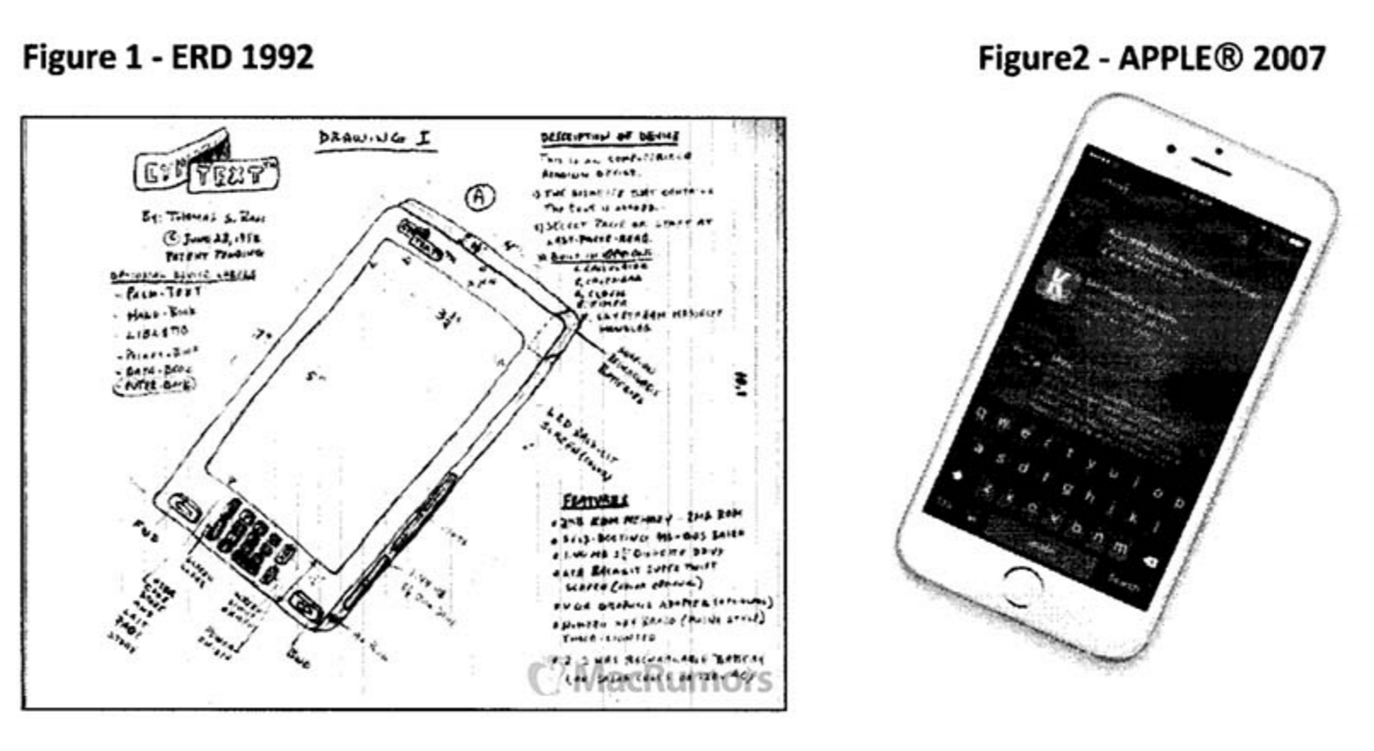 As you’d expect from the world’s largest seller of consumer electronics, Apple gets sued a lot. Some of those suits go places, others get dismissed out of hand the first time they get to court.

And then there’s Florida.

MacRumors has spotted a gem of a lawsuit filed by Thomas S. Ross, a Floridian who feels that Apple’s iPhone infringes on the sketches he made of an “Electronic Reading Device” in 1992.

Ross’s sketches detail something that does, in all seriousness, bear a passing resemblance to some kind of smart device. It’s a large rectangle with rounded corners, a keyboard at the bottom, cell antenna, and a 80MB hard drive.

Ross filed for a patent in 1992, but apparently never paid the fees, and the application was abandoned by the USPTO in 1995.

I’d say it looks more like a late Symbian device or a squashed Blackberry than an iPhone, but that hasn’t stopped Ross from seeking damages from Apple. Specifically, he has experienced “great and irreparable injury that cannot fully be compensated or measured in money,” and seeks a jury trial, $10 billion in damages, and a 1.5% royalty on all iPhone sales worldwide.

Given how long it took Apple to extract money from Samsung for a much more plausible copyright case, I’m not holding my breath for the future of this lawsuit. Still, it’s nice to see that the lawyers of the world remain gainfully employed.