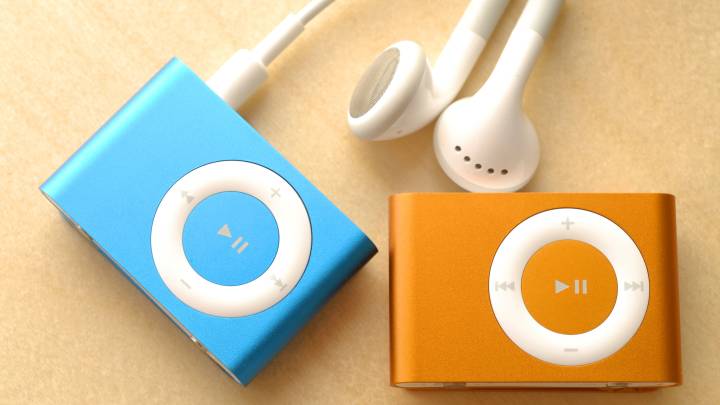 Remember iPods? Back in the days when compressing CDs down into a little aluminum box was considered impressive, they were all the rage. But then came smartphones, and the MP3 player’s 10-year reign as the gadget of teen choice came to an end.

But even after touchscreen smartphones took over most daily music duties, one iPod still stuck around with a job to do. The Shuffle, the cheapest and purest of all, stayed in production right up until today.

Apple has killed both the iPod Shuffle and iPod Nano very quietly. Links for both products stopped working on Apple’s website, and a spokesperson confirmed to TechCrunch that for the iPod, the war is over. “Today, we are simplifying our iPod lineup with two models of iPod touch now with double the capacity starting at just $199 and we are discontinuing the iPod shuffle and iPod nano,” an Apple spokesperson said.

iPods are a fringe business for Apple these days. The basic iPod Touch sells for $199, and Apple makes little money on that compared to the sale of a new iPhone. At this point, it exists to avoid angering people who hate smartphones but already have a massive iTunes library, and as a cheap way to get kids into the Apple ecosystem.

But losing the Shuffle is sad for me. Even up to this year, I’ve kept using one as a workout device along with a cheap pair of running headphones. Smartphones, for as good as they are, still remain fragile and awkward to take running or cycling with you, and lack the good physical controls of the iPod Shuffle.

There’s a lot of promise in the Apple Watch and other wearables as the ultimate workout device, but the hassle is still huge compared to the Shuffle. I don’t want to have to charge two separate devices, pair them, and then fiddle to find the right app before a workout.

In any case, what’s done is done. Sometimes, technological improvements have to be driven by first making everything more inconvenient. Apple killing off the headphone jack with the iPhone 7 has sparked a massive improvement in Bluetooth headphones in the last year, and it’s getting to the point where they’re much better than the corded alternative. Killing off the Shuffle sucks right now, but if it makes for a more convenient alternative (maybe like Kickstarter sensation Mighty?) then I’m all for it.

But just for today (and my rapidly -ageing lime-gree Shuffle), I’m sad.