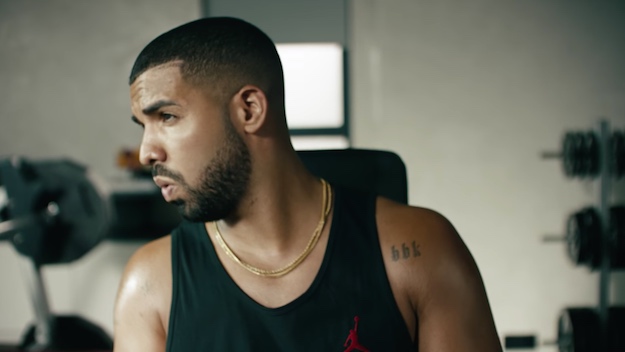 During the throes of Apple’s epic legal battle with Samsung a few years ago, one of the more interesting nuggets of information to emerge — aside of course from a bevy of iPhone prototypes — was that Apple executive Phil Schiller was extremely unhappy with Apple’s advertising efforts.

If you recall, Samsung released a string of clever ads that targeted Apple and its fan base directly. The ads were creative, funny and, for the first time, put Apple on the defensive. While we had seen anti-Apple ads from the likes of Microsoft before, Samsung’s efforts were far more effective.

A representative example of Samsung mocking all things Apple can be seen below.

Meanwhile, Apple’s own advertising efforts at the time were bland, predictable, and altogether stagnant. In 2013, the Wall Street Journal even took note, asking if Apple had “lost its cool to Samsung?” When Schiller got wind of the article, he was none too pleased and fired off an email to TBWA — Apple’s longtime ad agency — exclaiming that “we have a lot of work to do to turn this around.” Specifically, Schiller wanted Apple’s ads to be more creative and wanted Apple’s ad agency to “experiment with ideas” in a more open and expansive way.

In the years that followed, Apple itself became more open to exploring new business relationships with different ad agencies. What’s more, Apple began doubling down on its own in-house advertising unit. In short, Apple stopped relying exclusively on TBWA and began entertaining ad ideas from wherever they happened to emanate from. At the same time, Apple also became more aggressive about hiring some of the top ad talent in the industry.

The results of Apple’s renewed focus on advertising have been striking.

Touching on this point, longtime Apple ad guru Ken Segall recently opined that Apple’s most recent ad — Bulbs — is one of the “greatest commercials Apple has ever made.”

This spot is so artfully constructed, and so intensely energetic from the start, it literally embodies the ad’s concept. That being: ideas have tremendous power.

The montage is built upon the foundation of the recurring visual: a line of exploding light bulbs that seemingly goes on forever. I love that the images representing civilization’s greatest ideas are not the “usual suspects.” Depicting a range of great ideas allows the ad to weave in a sense of humor — thus toilet paper can share the stage with space exploration.

It’s a nice ad, to be sure, but as Segall points out, a number of other Apple commercials over the last few months have been unusually memorable, from Taylor Swift falling down on a treadmill to the heavily stylized “Diver” iPhone 7 ad that has the markings of a short film.

Say what you will, but these commercials are not only memorable, but help spark conversation. In fact, a few such ads have even managed to go somewhat viral.

A few months ago, for example, Apple’s Cookie Monster commercial touting the iPhone 6s’ Hey Siri feature has garnered 12.6 million views on YouTube since its release. Meanwhile, the aforementioned Taylor Swift ad has garnered an even more impressive 19.1 million views.

Not every single Apple ad over the past 18 months or so has been a standout effort, but there’s no denying that Apple’s batting average has improved considerably during that window.

Funny enough, Apple’s ads have gotten so good that they can sometimes oversell a given feature. During the Bulbs ad above, for example, it’s hard to realistically take seriously that the Touch Bar belongs deserves a spot next to inventions like the wheel and fire in the pantheon of human achievements.

Similarly, Apple’s Balloons commercial below is great, but the ability to send full-screen balloon animations — while nice — is hardly compelling and “magical.” That said, isn’t that, in a certain sense, the entire point of advertising? If Apple can create a commercial that evokes an emotional response from users, no matter the subject matter, that’s all it really needs to do.

We saw a similar effort with this Steph Curry commercial dubbed ‘Half Court’ intended to highlight the iPhone’s ‘Live Photos’ feature.

Speaking to Apple’s renewed advertising prowess, the company with the recent release of the iPhone 7 managed to create a remarkably clever and engaging commercial for an otherwise unexciting feature — improved water resistance.

But saving the best for last, one commercial that was an absolute home run was Apple’s recent ad for Apple Music starring James Corden. Without question, this was one of the funniest ads Apple has ever released. All the while, the ad also managed to touch on all of Apple Music’s most attractive selling points.