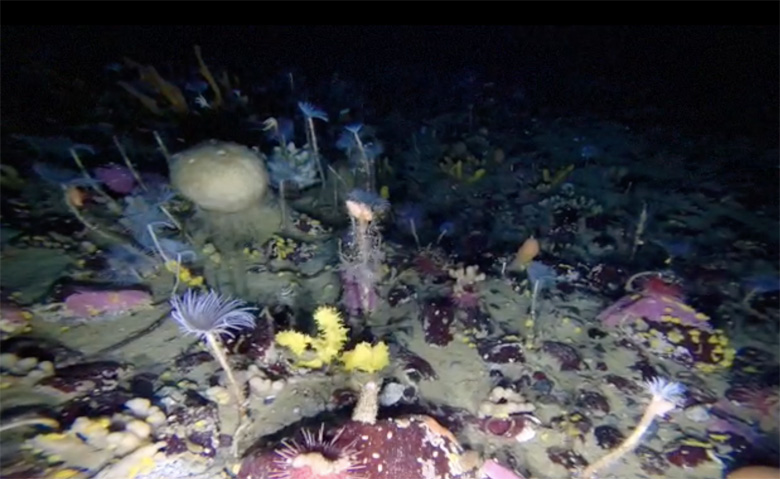 What mysteries lie beneath Antarctica’s ice shelves? The scientists at the Australian Antarctic Division recently dove beneath the surface of the ice in East Antarctica to give themselves — and the rest of the world — a closer look at the fascinating world hidden in the frigid depths below sea level. Last week, biologist Glenn Johnstone and his team released a video that gives us a rare glimpse of the vibrant plants and creatures that not only survive, but thrive in the region.

The Australian Antarctic Division scientists’ video is embedded below, followed by a transcript of Dr. Johnstone’s narration.

Here we are at 30 m below the surface, where the water temperature is a chilly −1.5°C year round, and the sea is covered by ice that is a meter and a half thick for more than 10 months of the year. This ice provides protection from Antarctica’s harsh weather conditions and a stable marine environment that allows biodiversity to flourish.

It is important biodiversity like you see here that is the focus of our research into the effects of climate change and ocean acidification.

Here at the Australian Antarctic Division, we are working hard to ensure the continent remains valued, protected and understood.