With Android 9 about to launch, Android 7 from 2016 is finally the most popular version 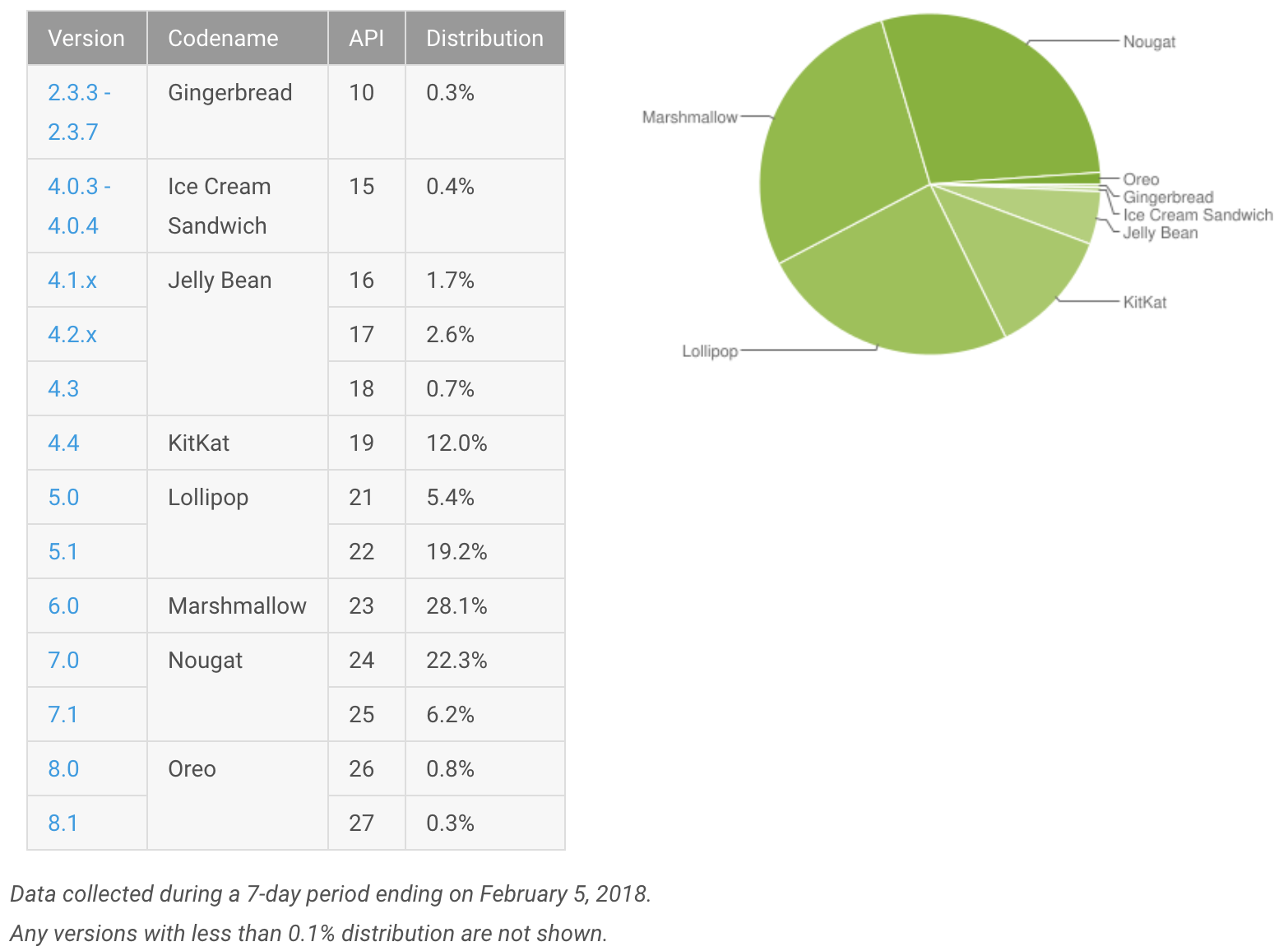