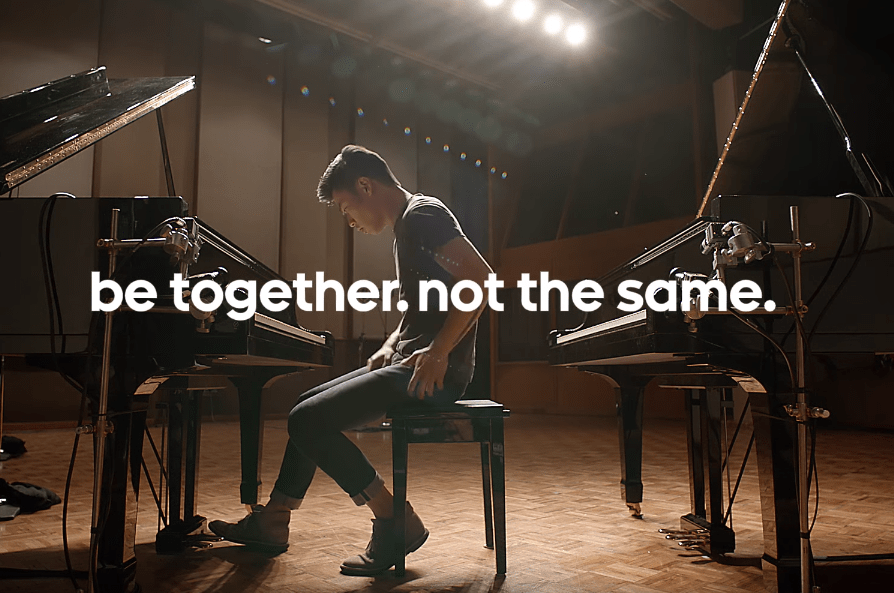 Google has made several solid ads for Android in the past but I don’t think any of them have done as good a job of explaining the virtues of the mobile platform as the new one it released this week. Titled “Monotone,” the ad shows a pianist playing the third movement of Beethoven’s “Moonlight” Sonata on two different pianos: One that features the usual 88 pitches you find on a keyboard and one that is tuned so that every key plays a middle C.

Obviously, Beethoven’s classic sonata sounds a lot richer and fuller if you are able to have the full C-Sharp Minor scale at your disposal than if you have just one note, although composer Terry Riley has shown you can get a surprising amount of mileage from pounding out the same C over and over again.

Nonetheless, Google’s point is clear: Because Android is all about customization, there’s a ton of variety in the different versions of Android you’ll find on different devices. This stands in stark contrast to iOS where the only version of the software you get is the one that Apple wants you to have.

There are downsides to this diversity, of course, since Android is badly fragmented and the quality of different Android overlays varies wildly depending on the manufacturer. In fact, a sizable chunk of Android fans at this point prefer the stock version of Android that Google uses in its Nexus devices since that is the version that’s least burdened by bloatware and unwanted software skins that make the platform less responsive.

This is still a terrific ad, however — check it out for yourself below.