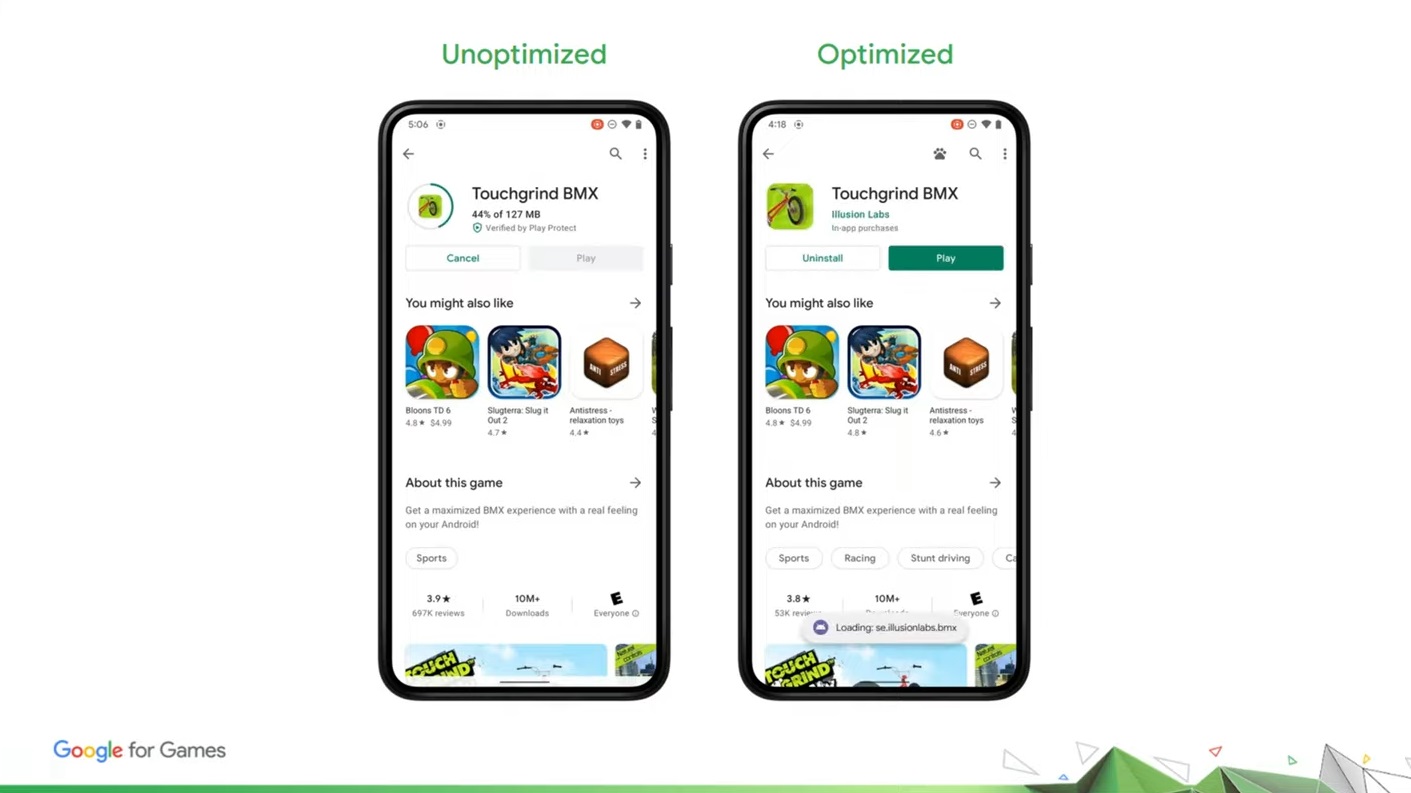 The Google for Games Developer Summit kicked off this Monday, and there has already been at least one interesting announcement. Android 12 will introduce a new feature allowing users to play games while they’re still downloading. You will know the feature is available for the game you’re downloading when a lightning bolt icon appears on the “Install” button. Google said during a keynote address that it is “seeing games being ready to open at least 2 times faster.”

Google Play product management director Greg Hartrell says that the number one reason for install cancellations is the length of time it takes to for a user to install and actually start playing a game. As such, there might be a temptation to compromise on the quality of the app to decrease the size of the download. “Play as you download” tries to solve this problem by intelligently downloads assets in the background. This eliminates the delay for the end user without affecting the app.

Best of all, this will require hardly any additional work from game developers. If a developer uses the Android App Bundle format, they’ll just need to upload their game to Google Play. Android 12 will do the rest. Developers are invited to join the waitlist on Google’s website.

Additionally, Android 12 will feature the new Game Dashboard that will be available on select devices later this year. The Game Dashboard gives gamers quick access to screen capture, recording, and do not disturb. All of these will be easily accessible from the dashboard during gameplay.

If you want to know more about how Android 12 will impact gaming, watch the keynote below: