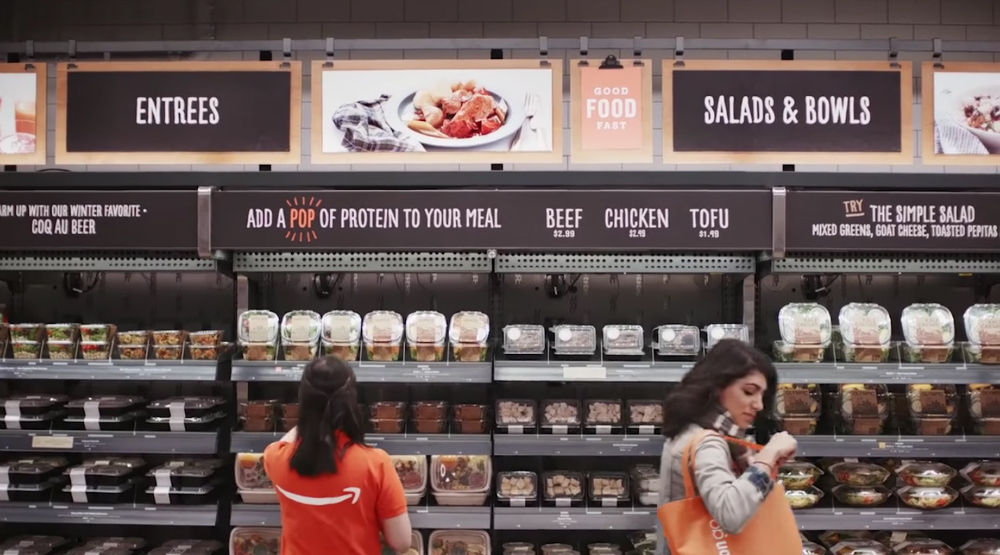 Amazon is ready to deliver another blow to retail stores, in the form of a grocery store that’s so high-tech that it doesn’t need cashiers to make sure you pay for the goods you want to purchase. It’s all done via a combination of hardware and software meant to prevent lines from forming, and ensure a customer experience that no other retail store can offer.

The Amazon Go experience is pretty simple. You walk into the store, scan your Amazon Go app as you pass through the turnstile.

Once in the shop, you just pick up the items you want to purchase, and the app charges you automatically when you pass back through the gates.

Cameras that monitor everything from above and weight sensors placed on the shelves determine precisely what people pick up.

The system is smart enough to determine whether you’ve changed your mind and placed an item back on the shelf. Furthermore, it can tell the difference between two almost identical products, such as Starbucks drinks sitting next to each other on a shelf.

The Amazon Go project has been in testing for more than a year, but Amazon delayed the planned 2017 launch to early 2018.

Amazon had to deal with various challenges during testing, Reuters reports. For example, the surveillance system would not identify correctly shoppers with similar body types. It also had problems handling children who would move items to incorrect places.

These issues have been ironed out, and the Amazon Go store will be ready to greet buyers on Monday. It’s the only store of this kind in the world for the time being. Amazon did not say whether it’ll open more locations in the US but did say it has no plans to add the technology to the Whole Foods stores, which are larger and more complex.

What’s impressive about the Amazon Go concept is the surveillance technology that makes it possible. The fact that a computer armed with cameras can tell people apart, analyze their movements and actions inside a closed space and trigger actions is also somewhat disturbing. You know, if you care about that sort of stuff and its potential. On that’s the price to pay to enjoy a retail shopping experience like no other.

To start shopping in Amazon Go, make sure you grab the appropriate iPhone or Android app (at this link) and head to Seattle.