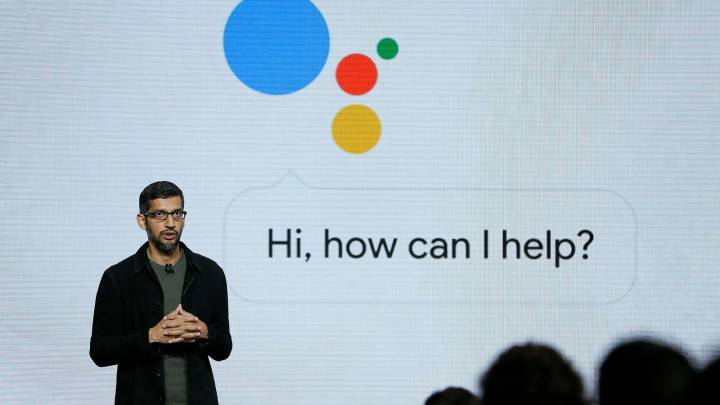 Reacting to another monster quarter from Google parent Alphabet Inc., a CNBC analyst wondered out loud if the tech giant has become more powerful than the U.S. government.

A bit much, perhaps, but the parent company of the Mountain View-based search titan posted strong earnings for its second quarter Monday afternoon. It’s been a bit of a rough time for the company in recent days, what with the more than $5 billion fine levied against it by European regulators and the possibility that changes will have to be made to its Android operating system in response, but here are some of the highlights of the company’s performance from its just-ended quarter:

Revenue was $32.7 billion for the quarter, with Google’s advertising business accounting for most of that ($28 billion). That was a little higher than the Thomson Reuters consensus estimate of $32.17 billion.

Adjusted earnings per share hit $11.75, compared to the consensus estimate of $9.59.

The stock quickly jumped more than 5 percent in after hours trading on the back of the earnings release. Here’s more from CNBC:

“Alphabet also breaks out the revenues and losses for its ‘Other Bets,’ like healthcare company Verily, internet service provider Fiber, and self-driving car company Waymo. Other Bets posted Q2 revenue of $145 million on operating losses of $732 million … Google’s traffic acquisition costs, which includes the money it pays to phone manufactures, like Apple, to use its services like search was $6.4 billion, or 23 percent of its advertising revenues. That’s down from 24 percent last quarter, and aligns with Alphabet CFO Ruth Porat’s advisement last quarter that the TAC as a percentage of revenue would slow beginning in Q2.”

All of these results, we should note, only serve to underscore that Google and its parent company remain a pretty much unstoppable money-making machine. Which gives it, naturally, the freedom to also spend big sums as it chases rivals like Amazon.

Google’s capital expenses shot way up during the quarter, for example, in part as a result of continuing to build out data centers for cloud services and other products.

Eventually, an analyst tried to pin Google down on what happens next as a result of the EU decision. During the question-and-answer portion of today’s earnings call with analysts, Google CEO Sundar Pichai was asked at one point for his assessment on the business impact on Android as a result of the EU fine, with the analyst specifically wanting to know – “Does it change the strategic approach for Android going forward?”

Sundar, of course, gave basically a non-answer. His response was essentially “Stay tuned.”

Android, he replied, has created “more choice for everyone, not less.” He went on to say the company is still analyzing the decision and that it’s too soon to comment on where they go next. “We’ll appeal the commission’s decision and take the due process available to us,” he said, adding the company looks forward “to a solution that preserves the benefits of Android.”