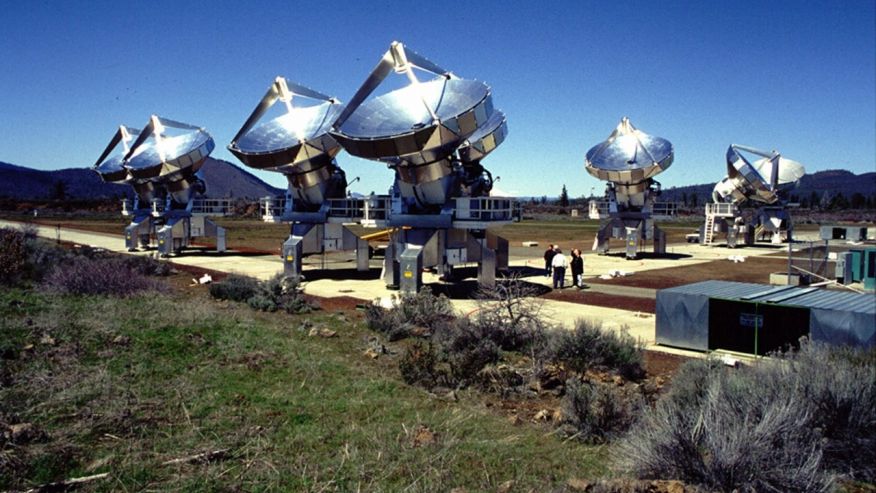 If you are hoping to meet an alien then you may be in for a very long wait, according to astronomers at Cornell University.

The experts say that it could be 1,500 years before alien contact with Earth and will present their research at the American Astronomical Society’s meeting in San Diego Thursday.

“We haven’t heard from aliens yet, as space is a big place – but that doesn’t mean no one is out there,” said Cornell student Evan Solomonides, who will present the research paper, in a statement.

The astronomers’ research is based partly on deconstructing the Fermi Paradox described by physicist Enrico Fermi in 1950, when he noted that aliens have had plenty of time to make contact with Earth. The Cornell experts paired this analysis with the Mediocrity Principle devised by 16th-century mathematician Copernicus, which says that Earth’s physical attributes are not unique and that natural processes are likely common throughout the cosmos, so it could take a while for aliens to discover us. The resulting equation gives a 1,500-year estimate for contact.

“It’s possible to hear any time at all, but it becomes likely we will have heard around 1,500 years from now,” said Solomonides. “Until then, it is possible that we appear to be alone – even if we are not. But if we stop listening or looking, we may miss the signals. So we should keep looking.”

The research paper “A Probabilistic Analysis of the Fermi Paradox” is co-authored by Yervant Terzian, Cornell’s Tisch Distinguished University Professor of Astronomy.

The Cornell researchers explain that extraterrestrials could receive radio and TV signals from Earth, which have been travelling from our planet for the last 80 years. Aliens, however, would likely find these transmissions indecipherable, according to Solomonides, who says they would need to decode the light waves into sounds, then parse 3,000 human languages to interpret the message.

Despite these challenges, the scientists say that Earth’s broadcast signals have reached every star within about 80 light years from the Sun – about 8,531 stars and 3,555 earthlike planets. Our Milky Way galaxy alone contains 200 billion stars, they note.

The astronomers suggest that Earth might encounter an alien civilization when around half of the Milky Way has been signaled in 1,500 years.

“This is not to say that we must be reached by then or else we are, in fact, alone,” said Solomonides. “We simply claim that it is somewhat unlikely that we will not hear anything before that time.”

David Kipping, assistant professor of astronomy at Columbia University, who was not involved in the research, told FoxNews.com that the search for alien life is much broader than radio and TV signals, encompassing, for example, the search for artifacts within and beyond our solar system.

The professor used the example of KIC 8462852, a distant dimming star in the constellation Cygnus, which sparked debate about a possible ‘alien megastructure.’

Kipping describes himself as “agnostic” with regard to the possibility of alien life. “We don’t have any evidence right now for extraterrestrial civilizations in the galaxy,” he said.

The $100 million project is aimed at establishing the feasibility of sending a swarm of tiny spacecraft, each weighing far less than an ounce, to the Alpha Centauri star system.

In January the CIA offered a peek into its ‘X-files,’ shining a spotlight on a series of once-classified UFO documents. The UFO documents, which date primarily from the 1940s and 1950s, are among hundreds that the CIA declassified in 1978.