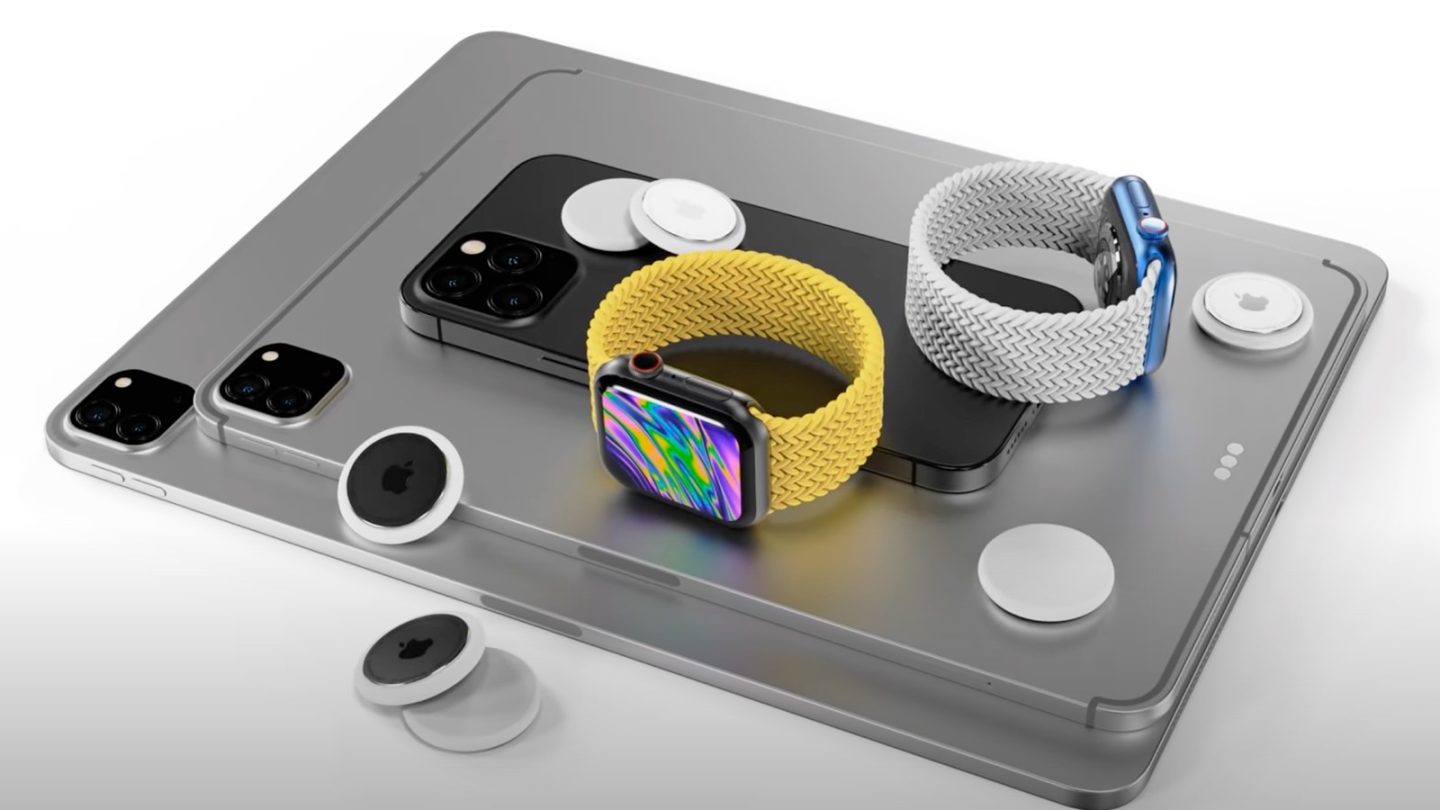 Contrary to expectations, Apple has not announced any new products in March, a month that Apple uses regularly for new product refreshes and press conferences. The pandemic might still be impacting Apple’s operations and could explain the delay. But Apple is rumored to be readying new products that will debut next month, including a few notable highlights. The first iPad Pro to feature a mini-LED display and 5G connectivity is expected in April. The device might also pack a variation of the A14 Bionic chip that’s as powerful as the M1 processor. Also exciting are the mythical AirTags, a first-of-its-kind Apple product that would allow users to locate objects with the same kind of technology that lets them find misplaced iPhones, Macs, and more.

A brand new report addresses AirTags, revealing the trackers’ purported size, how they’re supposed to work, and perhaps even the price users will have to pay for each individual tracker.

According to Weinbach, the round Apple trackers will have the same diameter as a half-dollar coin. At 32 x 32 x 6 mm, AirTags will be slightly smaller than the Galaxy SmartTags (39 x 39 x 9 mm) that Samsung launched a few months ago, and somewhat larger than the Tile Sticker (27 x 7.3 mm).

AirTags are designed in such a way to protect the user’s privacy. The location information they provide will be passed on via Bluetooth, hopping from device to device until the data reaches Apple’s servers. From there, it can be displayed inside the Find My app.

AirTags are 32mm x 32mm x 6mm. As for the inner-workings of AirTags, it’ll use the Find My network from devices to send the UUID of the AirTag to the Apple servers for pinging. No other data from the tags get transferred. My guess is there’s just a BLE beacon broadcasting that at any given moment that the iPhones pick up on. Tags can also pick up information on other nearby tags, SO [sic] it can kinda hop off one another. So when tags come in contact with other tags, they’ll pass that data along.

Previous leaks have said AirTags will employ the same ultra-wideband (UWB) tracking technology built into other devices. They will not feature an active internet or GPS connection. Instead, they’ll talk directly to other Apple gadgets, and that’s how the location data will reach the internet. A recent finding in iOS 14 beta indicated that Apple will take precautions to prevent malicious individuals from placing trackers on an unsuspecting victim to track the person’s whereabouts. The iPhone will realize a foreign tracker is in a user’s vicinity and offer to disable it.

Weinbach also addressed supposed pricing for AirTags, saying he heard from retail sources that Apple is expected to launch at least three new products soon, including the trackers. Each AirTag will cost around $39, but the price hasn’t been confirmed.

Along with that, a retail source is telling us they are expecting 3 new product categories. Tablet, wearable, and accessories. We are expecting AirTags to be accessories and they estimate the price to be around $39, but that’s an estimate. The wearables are likely new seasonable Apple Watch bands. We’re expecting new colors for the solo loop bands and possibly a new style. Then, of course, the new iPad Pro as the tablet.

For comparison purposes, Samsung’s SmartTags sell for $29.99 apiece. The full YouTube clip follows below, complete with a few iPhone 13 rumors.