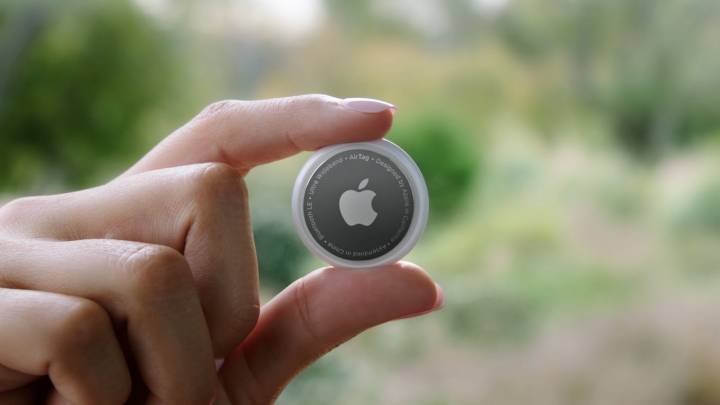 Apple, historically speaking, doesn’t exactly make it a priority to accommodate Android users. If anything, Apple traditionally does everything in its power to lock iPhone users into the iOS ecosystem and pretend that Android doesn’t even exist. That said, when Apple releases an app for Android — which is incredibly rare — it’s typically worth paying attention to. In fact, there are currently only three Apple-developed apps on the Google Play store, one of which is designed to make it easier for Android users to migrate over to the iPhone.

A fourth Android app from Apple, however, is reportedly on the way. According to CNET, Apple is currently developing an Android app that will alert users when an AirTag is moving along with them. The app is essentially another way for Apple to bolster the privacy and security features surrounding its recently released AirTag trackers.

The CNET report reads in part:

To further reassure people about its AirTags, Apple said it’s developing an app for Android devices that will help people “detect” an AirTag or Find My network-enabled device that may also be unsuspectedly “traveling” with them. Apple iPhones already have a similar alert system built into their devices. The Android app will be released later this year.

“The recent introduction of AirTag included industry-first proactive features that discourage unwanted tracking,” Apple said in a statement. The company added that its moves, which come a week before its online Worldwide Developers Conference event, represent a continued commitment to improve AirTags privacy and security.

It’s a welcome move from Apple, but practically speaking, the app seems to raise a few more questions than answers. First and foremost, is it realistic to expect Android users to download an app whose whole purpose is to alert them when they’re being unwittingly tracked or stalked? But as some have commented, if an Android user, for example, is worried about an ex-boyfriend or girlfriend trying to track them, having the ability to stay in the loop about a stealthily placed AirTag is crucial.

Apple’s AirTag trackers have certainly raised a number of privacy concerns, but the reality is that the security measures Apple implemented are unquestionably more stringent than what we’ve seen from rival trackers from the likes of Tile.

If you do have an iPhone and are being tracked by an errant AirTag, you’ll receive a message that reads “AirTag Found Moving With You.”

In this scenario, Apple advises users to do the following:

Additionally, iOS will also provide users with a map that details the extent to which an AirTag was tracking their movement, as illustrated via the photo below: 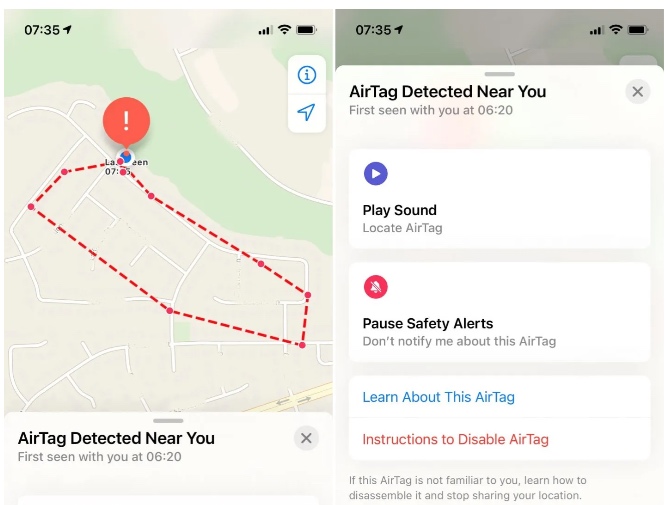 Selecting the “Play Sound” option will trigger “15 seconds of light chirping” so you’ll want to press it outside of a noisy environment.

Again, while Apple’s AirTag isn’t stalker-proof, Apple undeniably put a lot of thought into ensuring that the product is as privacy and security-conscious as possible.