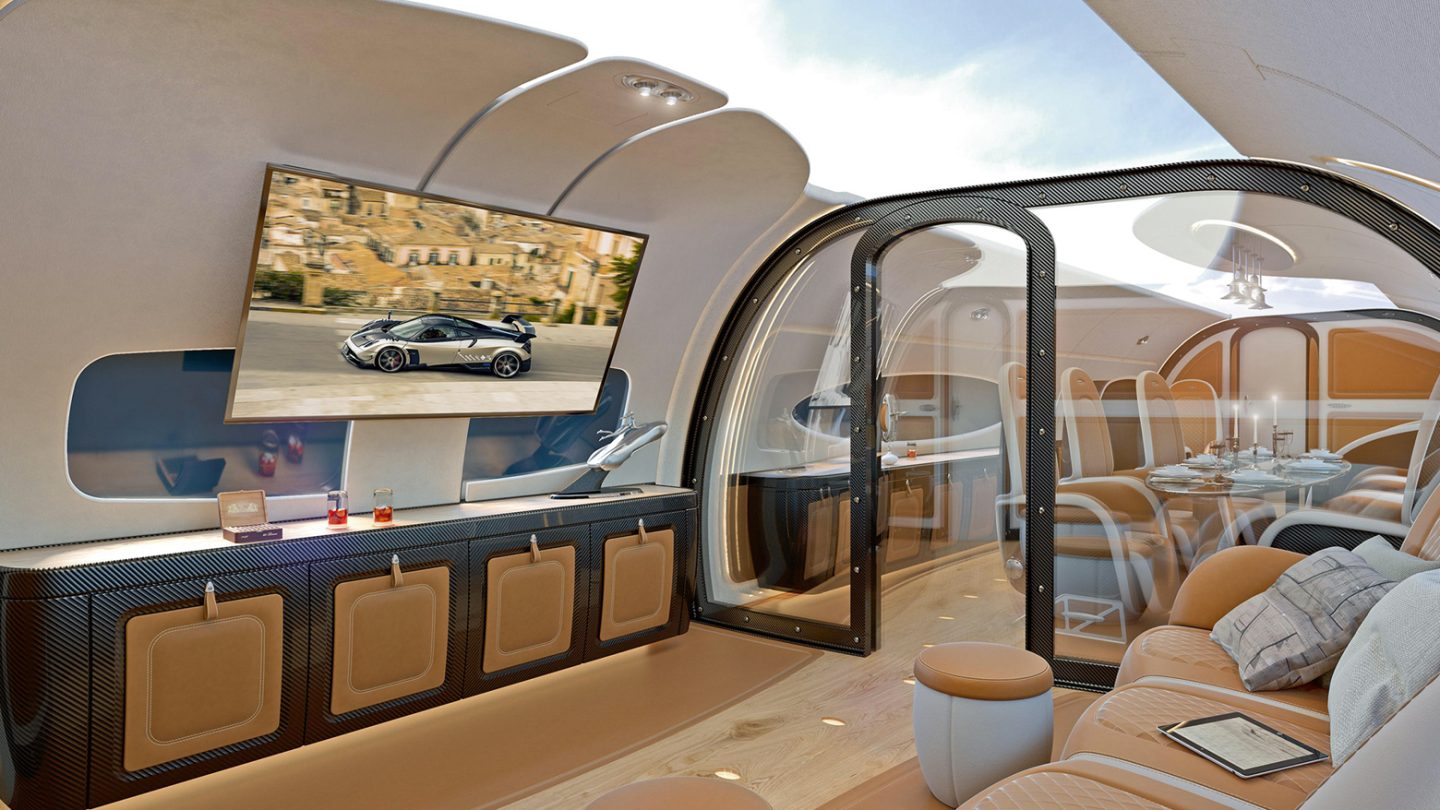 For the vast majority of air travelers, a jet is just a big metal tube that delivers you to your eventual destination, but for wealthy among us, a flight needs to be just as luxurious as every other aspect of their lives. Airbus just announced a new jet that will most definitely fit that bill, thanks in no small part to a cabin that is more like a trendy country club than an airliner. It boasts high-end luxury seating, a massive flat screen TV, and dining area that rivals fancy restaurants, but the wildest feature is the ceiling, which isn’t what you think it is.

The plane, which carries the decidedly unsexy name ACJ319neo — or “Infinito,” which is slightly better — is a true marvel of engineering. It’s the result of a collaboration between airliner manufacturer Airbus and Italian hypercar maker Pagani, and it certainly lives up to those names.

Virtually every surface of the interior of the plane is covered in either leather, carbon fiber, or wood, and it sports a full bathroom with shower, a bar, dining area for six, and a lounge room with a large TV and plenty of room to stretch your legs. Glass walls separate the sections of the cabin, and accent lighting stretches from floor to ceiling.

Speaking of the ceiling, in Airbus’s promotional materials it looks like it’s made of glass, allowing the light from outside to pour in. Of course, that’s terrible aircraft design, which is why it’s not actually a glass ceiling, but instead an absolutely massive display. As Airbus describes it, the screen can be made to show whatever you want, or it can display “a live view of the sky above the aircraft,” offering the feeling of an open air jet without the obvious safety and structural integrity drawbacks.