By FoxNews.com
Updated 6 years ago 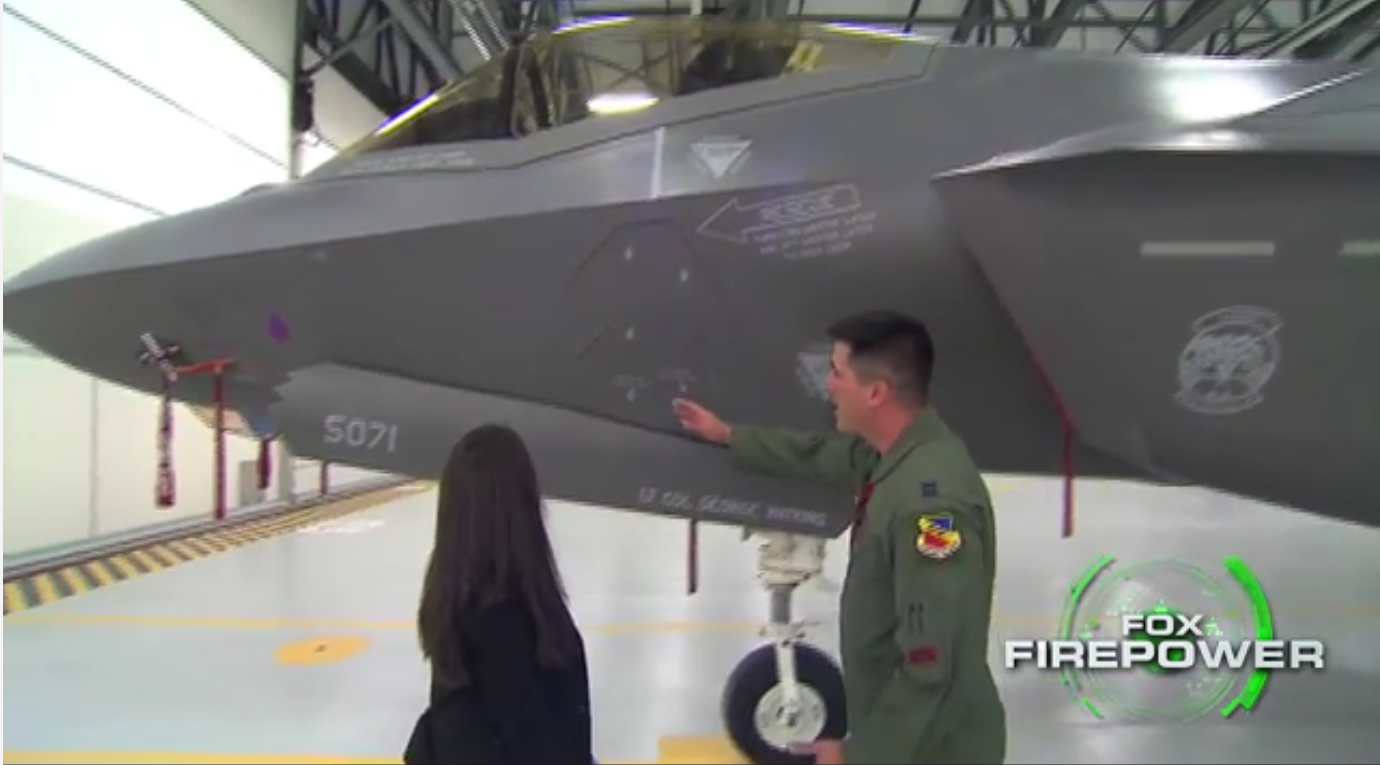 This remarkably advanced and powerful single-seat, single-engine fighter features advanced situational awareness, stealth, speeds of about 1,200 mph and much, much more— and it’s designed to be capable of a range of missions with just one aircraft.

The next-gen jet is designed to strike highly-defended targets anywhere on Earth and provide the U.S. military with an aircraft that can fly into enemy space and attack with precision weapons at long ranges— without ever being detected.

The 34th Fighter Squadron of the 388th Fighter Wing, based at Hill Air Force Base, Utah, is the service’s first operational F-35A squadron. To reach the Initial Operational Capability milestone, the base needed at least twelve combat-ready jets capable of global deployment for missions involving basic close-air support, air interdiction, and limited suppression and destruction of enemy air defense.

During the final few weeks of testing, I had the chance to visit, spend time with the squadron, and take a close look at the F-35A.

Fighter pilot Captain James Schmidt, of the USAF 388th Fighter Wing, gave me a thorough and detailed overview as we walked around the aircraft.

What is 5th-generation stealth? The F-35 can go where legacy aircraft cannot.

Lockheed Martin’s F-35 Lightning II is a 5th-generation stealth fighter developed to safely penetrate areas without enemy radar seeing it— an enhanced degree of “invisibility” that the 4th-generation cannot achieve.

Stealth was built into this aircraft from the very start. Walking around the aircraft, Schmidt broke down some of the stealth features.

“You notice the shape of the aircraft. You notice how the doors have angles,” he said. “You’ll notice the lining of the wings and how the engine is buried in a curved inlet. All of these things. The special radar absorbing material that’s put on the jet— what we would call RAM— all of these things give the jet the ability able to evade modern-day radars.”

“When people ask us where do we see this jet? I see this 2050 and beyond,” Schmidt added. “It’s the jet that we’re going to need, the multirole platform to complement the F-22 and B-2 as well as we continue in today’s contested environment.”

There has been a lot of hype surrounding the F-35’s state-of-the-art helmet that allows pilots to look down and essentially “see” through the aircraft to the ground below.

Schmidt explained the fundamentals of the Distributed Aperture System (DAS) and how the aircraft uses cameras and interacts with the helmet to achieve this effect.

“There are cameras all over the jet. What this does is it gives me the 360 degree of coverage….where the jet is looking outside for me,” he said. “The jet takes all these cameras and it stitches them together and then it superimposes that image on the visor of my helmet. As I turn my head to look around, the cameras are looking at that one section of space but it’s stitching them together so it looks like one seamless picture as I look around the jet.”

And it is indeed true that the pilots can see through to the ground.

“So I could look down and it would superimpose the picture that camera is taking onto my visor,” Schmidt confirmed.

The F-35s for each service have been tailored to meet specific needs. The Air Force, for example, required a gun.

So how can the aircraft carry weapons and stay stealthy?

“That is the unique thing about the gun or even about the weapons… You can see that the weapons bay door are closed,” Schmidt said. “That allows us to maintain our stealth ability while carrying weapons into combat. So we can carry missiles, we can carry bombs, and it’s all tucked up in there, and when we need to get the weapon away or we need to prosecute a target, the doors will open, weapon away, doors will close again keeping our stealth abilities.”

F-35s can reach speeds of about 1,200 mph—  and that requires a very powerful engine. The heat from such an engine would be a signature adversaries would try to identify.

So how can the F-35s maintain stealth?

“In addition to the Radar Absorbent Material that they have on the F-35 [there is also] a heat reducing coating or signature reducing coating material on the exhaust or the tailpipe,” Schmidt explained. “How do you cool down fire? Lockheed Martin found a way to coat this with a special coating that will actually reduce the temperature of the exhaust coming out the back, which helps us fight IR threats or infrared missiles that would launch.”

So what is it like to fly this fifth-generation jet? Schmidt, an experienced pilot, said, “Flying and landing this jet is amazing. It’s super easy to fly. The engineers and designers of this jet wanted to make sure we could focus on what was really important, which is the tactical aspect.”

He explained that the F-35A features advanced autopilot. “So if I want, I can say I want to fly at this altitude, and at this airspeed, or I want you to go from this point to this point and then I can take my hands off the controls and the jet will do exactly what I asked it to do.”

The F-35A benefits from tech developed for the Navy requirements.

“So for landing— because of the Navy variant— we have this special function called Approach Power Compensator and what it does is when I’m ready to land, I get lined up on final,” Schmidt revealed. “I press a button on the jet and the jet does whatever it needs to trim itself up to a perfect landing attitude so then I just fly the jet down. The jet adds power, it reduces power to change the pitch of the jet. So landing, you flare just a little bit and the jet touches down and it’s done.”

Schmidt described how these kinds of tech advance on the F-35 makes a difference for pilots.

“I came from another platform that was a little bit older,” he said. “For me, it’s amazing that they’ve built an aircraft that allows me to focus on the tactical aspect and not have to worry about getting to the fight or getting home from the fight. It’s just a matter of focusing on what’s important.”