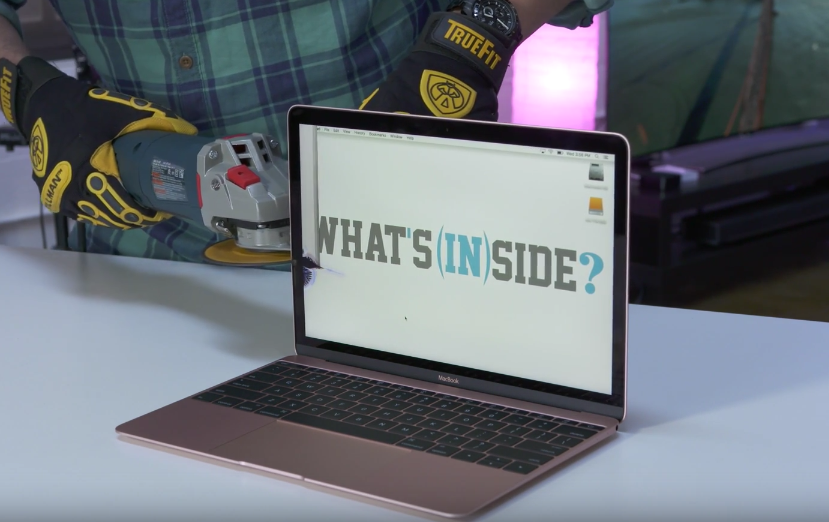 Apple’s new Retina MacBooks are promising some significant upgrades to both battery life and processor speeds, which is pretty remarkable given that the laptop weighs in at only 2 pounds and is just 13.1 millimeters thin. The crew at YouTube channel What’s Inside? decided to saw a rose gold version of the new Retina MacBook in half this week to give us a better look at its innards and came away very impressed by just how much cutting-edge tech Apple has jammed into such a small space.

FROM EARLIER: This tiny device might be every iPhone owner’s new best friend

They first saw the laptop’s screen in half and find that it has several layers including a reflective layer and a protective layer. What’s really impressive, however, is what happens when they open up the inside of the laptop and look at its interior hardware:

See the tiny little section of chips that they’re pointing at? That’s the whole computer, including the CPU, RAM, router and storage. The black rectangles that surround it are all batteries. They also show how the USB Type-C connector cable can be used to both provide power to the laptop’s batteries and deliver access to the actual computer for accessories.

The whole video is really interesting and can be found below.