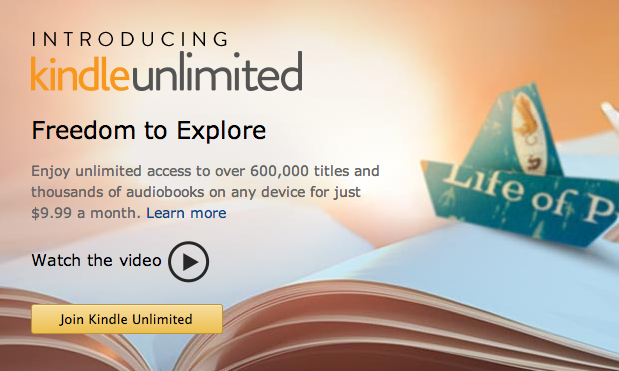 Amazon officially announced its eBook and audiobook subscription service Kindle Unlimited on Friday after an accidental leak revealed the details of the service less than 24 hours earlier. Subscribers will have access to over 600,000 eBooks and thousands of Audible audiobooks on Kindles as well as iOS, Android and other devices for $9.99 a month.

Amazon is testing out a ‘Spotify for Books’ service

Amazon is about to change the way we acquire books once again. According to Gigaom, members of the Kindle Boards discovered a page on Tuesday which appears to reveal an upcoming eBook subscription service called “Kindle Unlimited” which would allow subscribers to access over 600,000 titles and thousands of audiobooks “on any device” for $9.99 a month. …