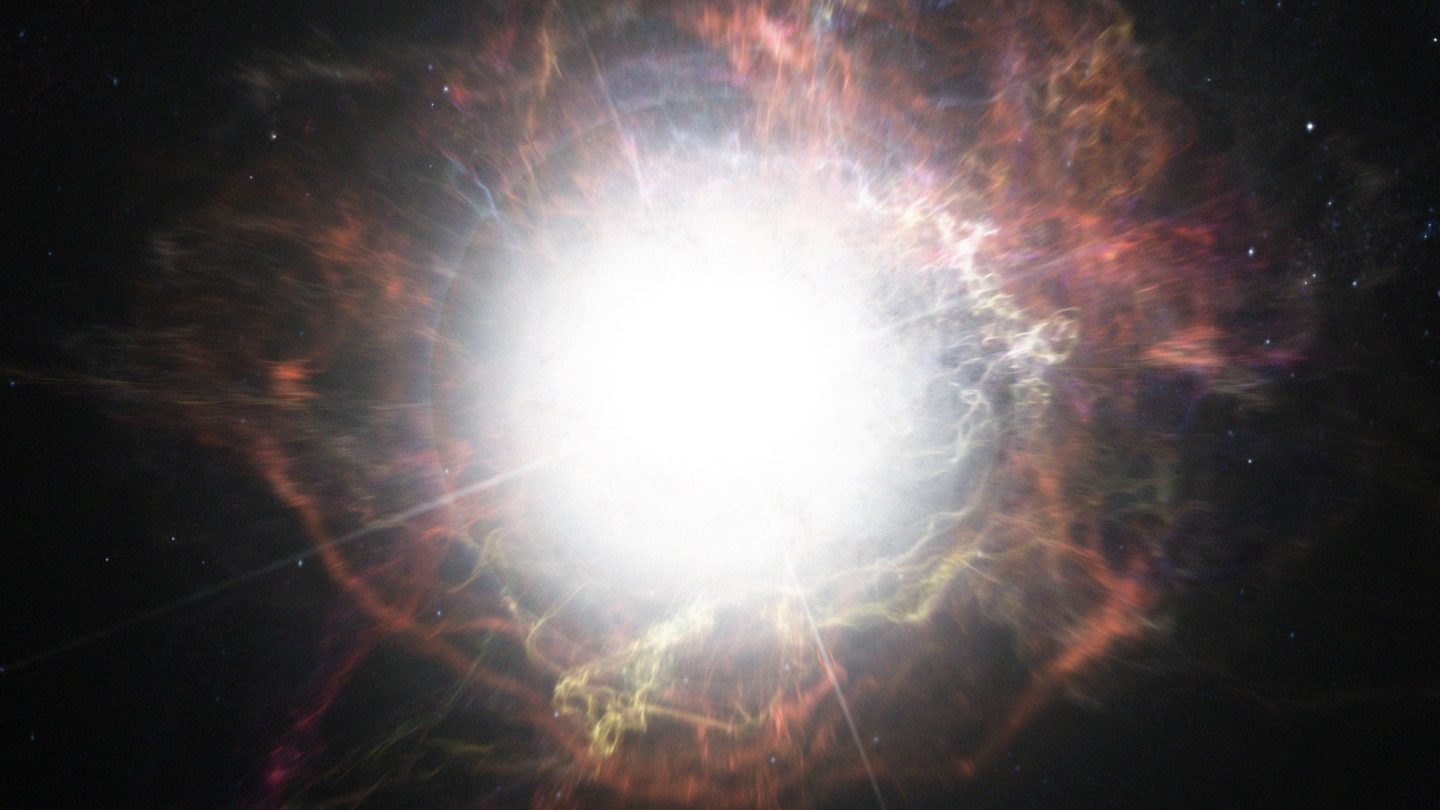 We humans like to pretend we know a lot about space and the various objects that we’ve observed in it, but at the end of the day we find ourselves scratching our heads more often than not. The latest and perhaps best example of this is a star called iPTF14hls, which keeps exploding but refuses to actually die, like some sort of stellar zombie. Isn’t space awesome?

Typically, when a star explodes in a supernova, it’s a sign that the star is progressing in its life cycle, erupting in a firestorm that decimates everything in its path and ultimately results in either a burnt out blob of incredibly dense matter, a neutron star, or even a black hole. iPTF14hls refuses to do any of those things, and has instead decided to just keep exploding over and over again.

In a new research paper published in Nature, scientists reveal their observations of the peculiar star, and do everything in their power to explain how this could even be possible. The researchers explain that a supernova of the star was observed way back in 1954, at which point science would have us believe that it was about to move past that stage and enter whatever comes next, but that’s not what happened.

Instead, the star exploded once again in 2014, and this time scientists kept a close eye on its behavior afterwards. The supernova remained bright for several times longer than is typical of a star detonation, maintaining its incredibly brightness for nearly two years before finally starting to dim. During that time, its brightness would dip and peak by as much as half, suggesting it was repeatedly detonating over and over again.

“This supernova breaks everything we thought we knew about how they work,” lead author Iair Arcavi explains. “It’s the biggest puzzle I’ve encountered in almost a decade of studying stellar explosions.”

One possible explanation the researchers came up with is that the star’s mass and heat were enough that it actually created antimatter within its own core, leading to its incredibly unpredictable nature. Even today, scientists can’t be sure if the star is actually dead, or if it will appear once again in yet another fiery explosion in the sky.