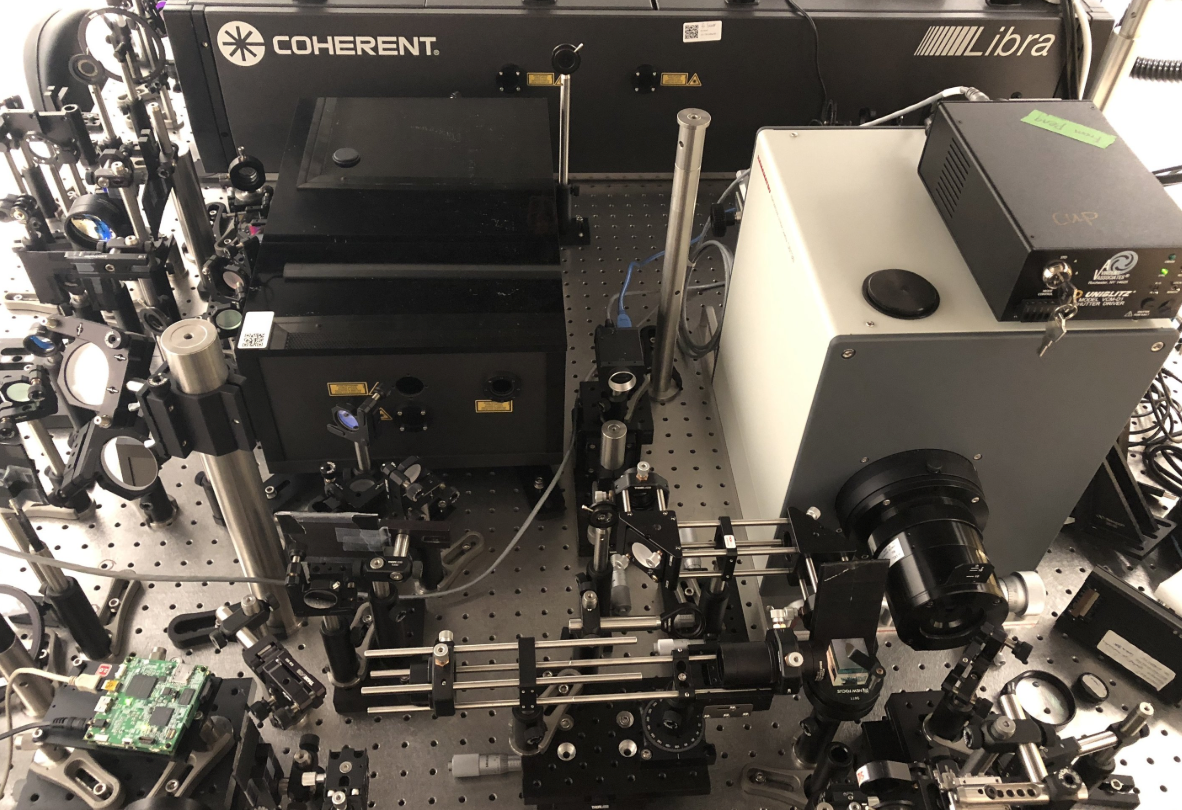 The “slow motion” modes on modern smartphones crank up the speed of video recording so that when it’s played back at regular speed the motion you see on the screen is slowed down. It’s a neat feature to mess around with, but slow motion capture has some very serious scientific applications as well. Capturing the microscopic world at high speeds can help researchers shed light on all kinds of interesting behaviors and phenomena that shape our reality.

Now, imaging specialists have built what is being called the fastest camera on the planet, allowing for the capture of movement at up to 10 trillion frames per second. Forget slowing down a video of a home run at your kid’s softball game, this incredible contraption can slow down light itself.

A new paper published in Light: Science & Applications explains how the camera works, and boy is it complicated. To put it in its most basic terms, the camera uses ultra-fast laser pulses so fast that they are measured in quadrillionths of a second and combines those frames with images captured from a second camera moving at the same speed, allowing for high-quality images generated ten trillion times every second.

The system is fast enough that scientists can use it to see how light actually interacts with matter, painting an ultra-slow-motion picture of one of the key interactions that drives our interactions with the universe. It’s some really incredible stuff, and the team suggests that technology like this could become a vital tool for researchers in various fields.

This isn’t the kind of technology that would be fun to use on a day at the park, but for physicists and medical researchers analyzing complex mechanisms at a microscopic scale it can provide insights that other imaging systems just can’t match.
Believe it or not, this might actually be the world’s fastest camera for long. The researchers are already examining the possibilities of cranking the speed up to a mind-boggling one quadrillion frames per second. Yikes.