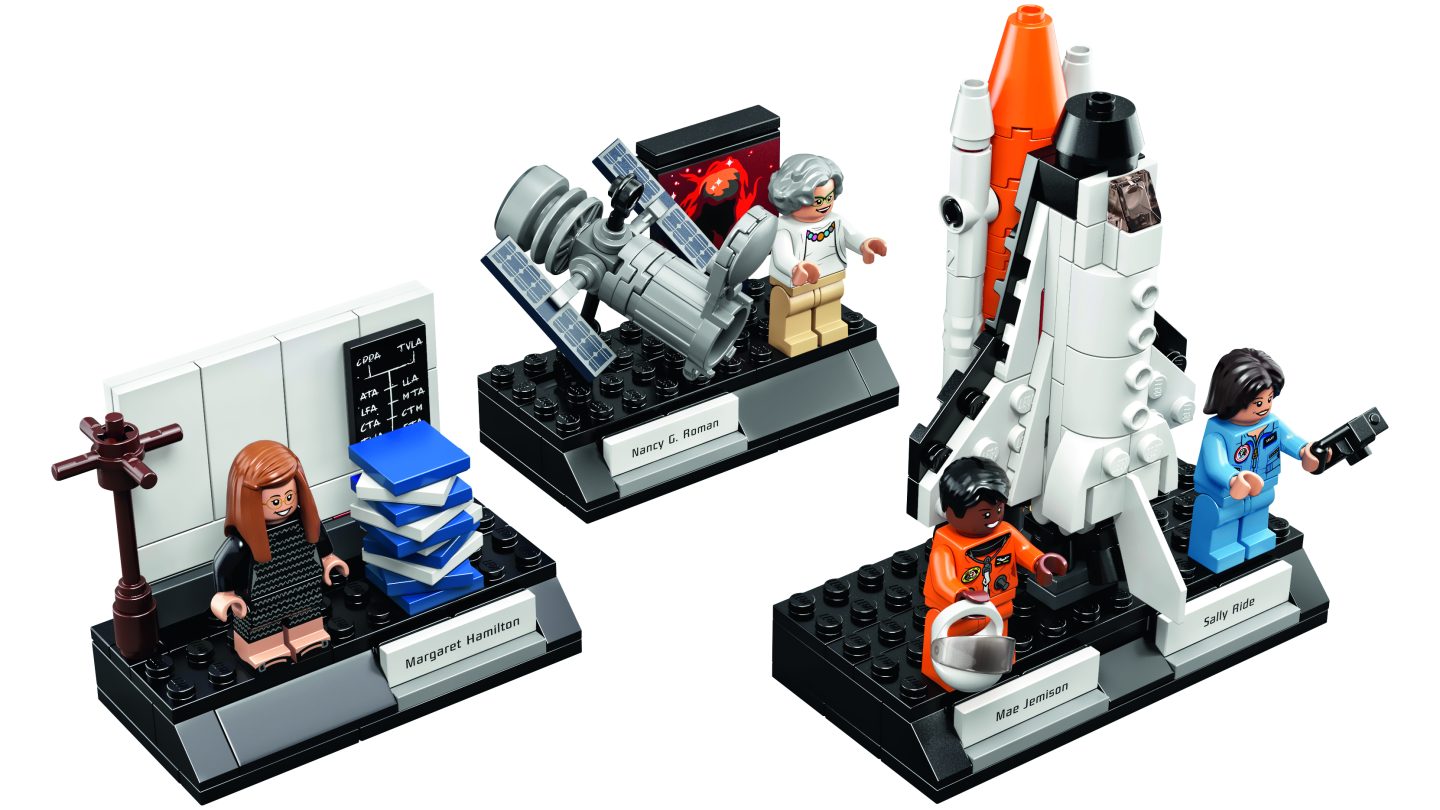 Most of Lego’s most popular toy sets focus firmly on fantastical worlds that have nothing to do with reality — like Star Wars, Harry Potter, or Minecraft – but today the company announced the launch date for a much more real, but equally awesome set. Called “Women of NASA,” the new construction set pays tribute to four of the most impactful women in the agency’s history.

Included in the set are minifigures based on Nancy Grace Roman, who played a huge role in planning the Hubble Space Telescope; Sally Ride, who became the first American woman and youngest American to ever travel to space; Margaret Hamilton, who developed the on-board flight software that controlled the Apollo spacecraft; and Mae Jemison, who was the very first African-American woman to head into space.

MIT news deputy editor and lecturer Maia Weinstock originally proposed the idea for this new set through Lego’s fan-sourced idea platform, and Lego obviously loved the idea. Originally, the set was to include five NASA women, with the fifth being Katherine Johnson who participated in both the Mercury and Apollo missions as a mathematician. Unfortunately, Lego says that it could not “obtain approval” from Johnson in order to include her.

“In all realms of science, engineering, and technology, pioneering women have historically been underappreciated for their often groundbreaking work,” Weinstock said in a statement. “We have also seen that when girls and women are given more encouragement in the STEM fields, they become more likely to pursue careers in these areas.”

The set, which is comprised of 231 pieces, includes miniaturized versions of the Hubble, Space Shuttle, and various tools and instruments, and includes nameplates of all of the women. Lego says the set will be available for order starting on November 1st, but if you happen to be in New York on October 28th, the Flatiron District Lego Store will have them available early, and Weinstock will be present for a fan signing.