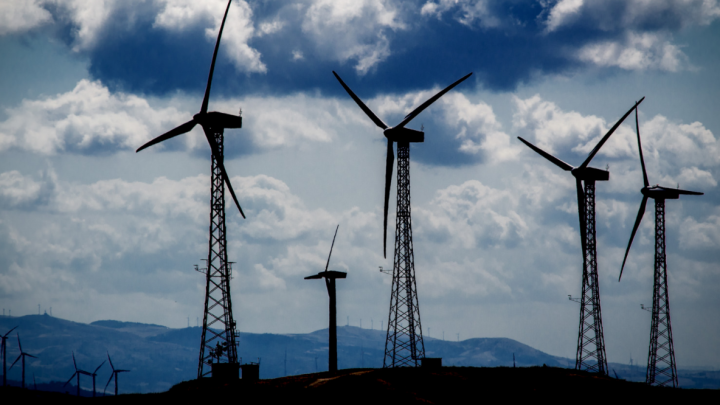 Okay, I’ve got some good news and some bad news, which one do you want first? Let’s start with the good news: New research into the winds over the open ocean are speedy and reliable enough that, if we could find a way to efficiently harness them, we could power the entire planet without a single drop of fossil fuel. Great, right? Now for the bad news: Actually using that wind to generate power could dramatically alter the climate in potentially dangerous and unpredictable ways. Why must there always be a catch?!

The research, which was led by Anna Possner of Carnegie, was published in the Proceedings of the National Academy of Sciences. And, despite the fact that the study’s simulated wind farms wreaked havoc on the climate model, the overall outlook for using ocean winds for power is extremely positive.

Wind power is already being used all over the world, and you’ve likely seen towering turbines spinning on a breezy day no matter where you live, but that’s small potatoes compared to what could be possible on the open ocean. A floating wind farm placed in an area of the ocean where wind speeds are up to 70% higher than they are here on the mainland could generate an absolutely incredible amount of energy, and according to the data, it could sustain human civilization on its own.

That’s a remarkable finding, but it comes with the potentially huge impact on Earth’s climate. The study revealed the potential for “large nonlocal climate impacts” from a farm large enough to power the Earth, but that doesn’t mean we have to ignore the potential of ocean wind power entirely. This isn’t an all-or-nothing situation, and if we’re careful about where we place smaller ocean wind installations we could dramatically decrease our reliance on dirtier forms of energy while avoiding any dramatic impact to Earth’s climate.

That being said, the study looked purely at data, and there’s some very obvious hurdles that haven’t yet been addressed. Designing, testing, building, and — biggest of all — funding such a installation is, at the moment, nothing more than a dream. It’s a nice dream, but it’s still just a dream.