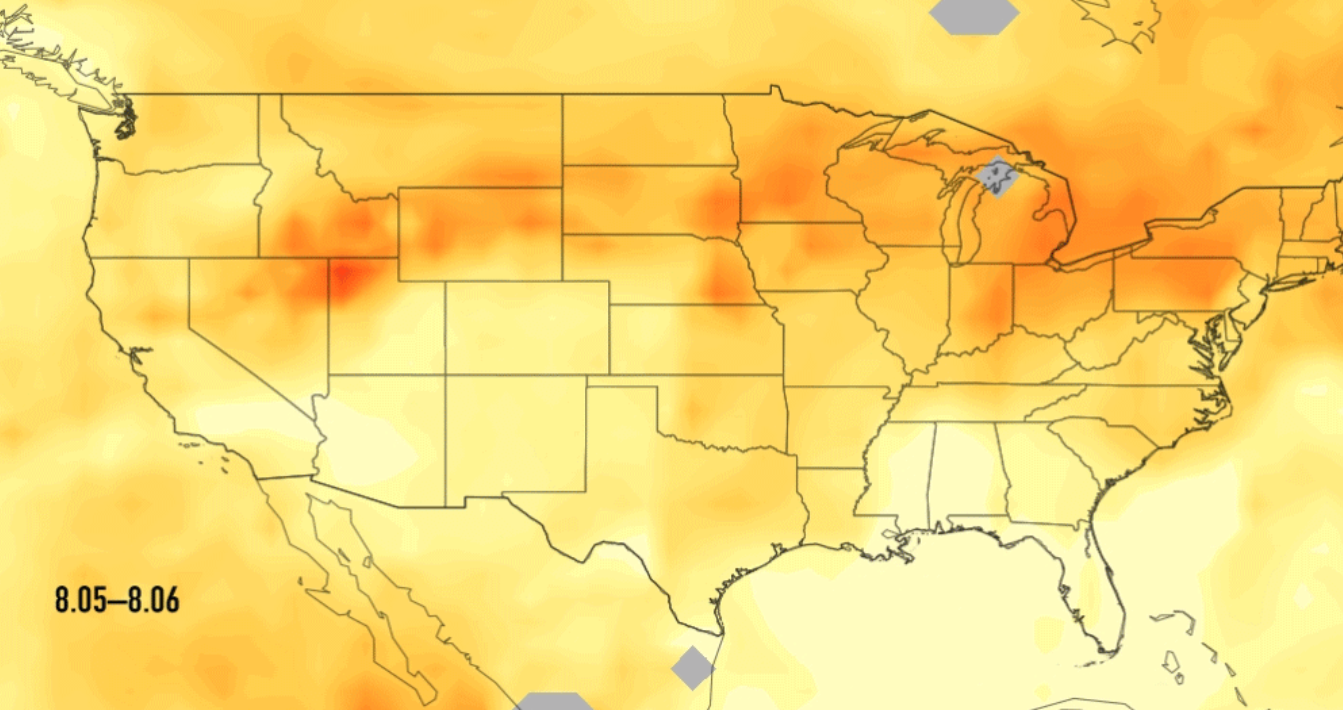 It was just a few days ago that the National Weather Service provided some stunning glimpses at the effect the California wildfires are having on weather patterns in the United States, and now NASA is chiming in with its own discoveries. The NWS revealed that massive smoke clouds pushed aloft by the fires were gradually making their way to the East Coast, posing a risk to air quality, but NASA’s data shows that it’s not just smoke that we should be worried about.

In new images snapped by NASA’s high-flying Aqua satellite, huge concentrations of carbon monoxide can be seen drifting from the west to the east. The dangerous clouds of gas can last for weeks on end, and as winds push them across the country the threat of diminished air quality becomes more and more real.

The images were captured using a tool called the Atmospheric Infrared Sounder which can detect the carbon monoxide flying high above our heads. The top-down view provided by the satellite might make it seem as though the midwest is being suffocated by the noxious gasses, but the clouds of pollutant still remain a safe altitude, at least for now. However, as NASA explains, that could change rapidly.

“Strong winds can carry this pollutant downward to where it can have significant effects on air quality,” NASA’s Jet Propulsion Laboratory explains in a blog post. “The time series of images shows just how far the carbon monoxide from California’s wildfires has travelled eastward and what areas may be at greater risk of experiencing its effects.”

It’s incredibly difficult to forecast how various winds might affect the altitude of the dangerous gas, or what specific areas might begin to feel the effects of the wildfires despite being hundreds of miles away. The problem is made worse by the fact that the fires in California are still raging as we speak, producing a steady stream of smoke and carbon monoxide that will continue to pose at least a mild threat to air quality across the country.