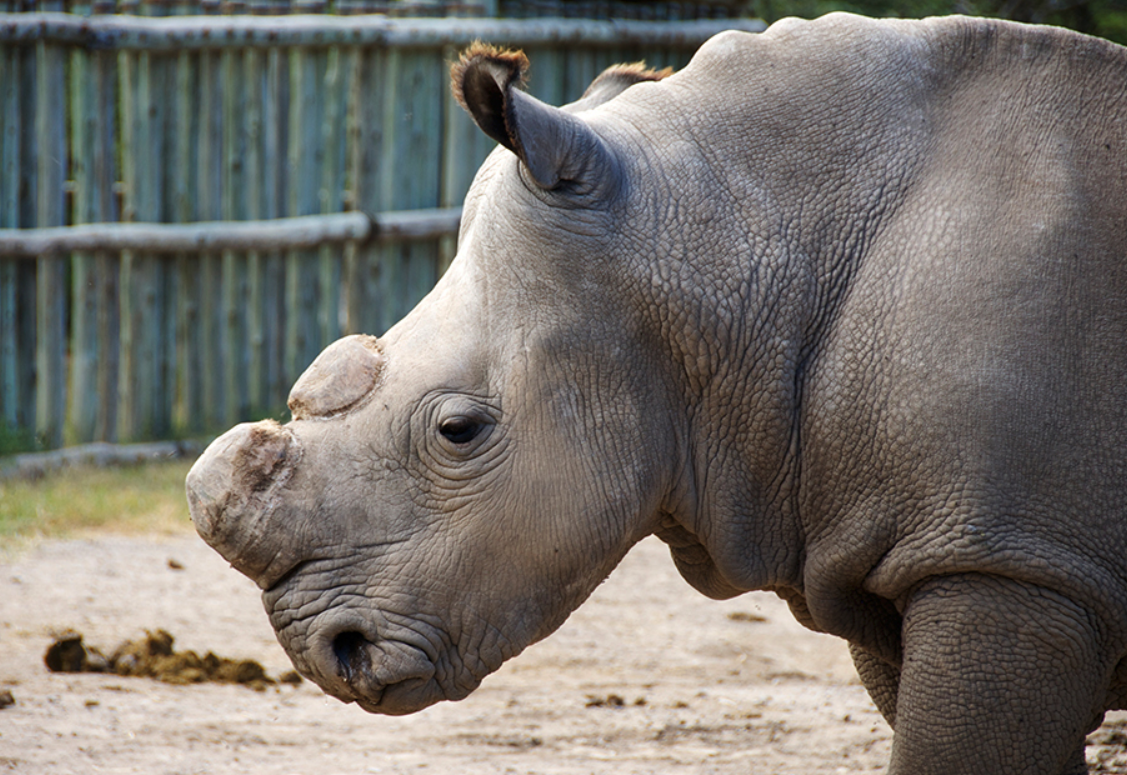 A 45-year old northern white rhino died at the Ol Pejeta Conservancy this week. The death of a critically-endangered animal is always tragic, but this rhino, named Sudan, was even more incredibly important. Sudan was the last male of his species on the planet. Now, just two northern white rhinos exist, both female, one being Sudan’s daughter and the other his granddaughter. The species is now as close to extinction as it can get, with no living males and just two females in existence. Still, there remains a thin sliver of hope.

Sudan lived an incredible life that reads more like a Hollywood movie than the story of a wild animal. Born free in South Sudan in the early 1970s, Sudan was captured at just two years of age to be used as a zoo animal. He was transported to the Dvůr Králové Zoo in what is now the Czech Republic. Being torn away from his life in the wild was a tragedy in its own right, but being taken likely saved his life. Poachers decimated the species in the wild, and when the number of northern white rhinos dipped into the double digits he was moved to Kenya in the hopes of reviving the species.

Along with the only other two males of his kind, Sudan was the last hope for the species to get back on its feet. On a massive reserve surrounded by armed guards, the rhinos did their best to bolster their numbers. Ultimately, the trio of males couldn’t produce enough results to spark a resurgence, and when two of the males died in 2014 it was clear that things were headed in the wrong direction. In his final days, Sudan became ill to the point of being unable to walk, and ultimately had to be euthanized.

This would normally be the end of Sudan’s story, but his popularity has led to incredible advancements in artificial reproduction methods that could still save the species. Scientists collected genetic material from Sudan that could be used to create new offspring, but the technology isn’t quite ready yet. Conservationists hope that, eventually, Sudan could still yield additional offspring despite his passing. If the efforts prove successful, Sudan could be the ultimate savior of his entire species, even after his death.

The Ol Pejeta Conservancy has posted a touching tribute to Sudan on its website, which is most definitely worth a read. The group is also accepting donations to help push the reproduction efforts forward in the hopes of one day getting the species back on its feet.