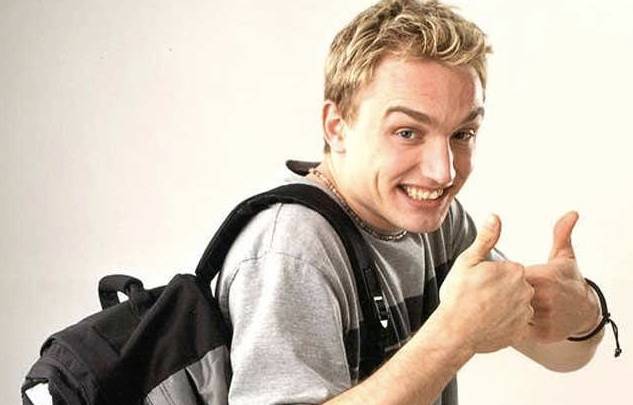 Every once in a while, I wonder to myself what Ben Curtis (a.k.a., the guy who played “The Dell Dude” in more than two dozen annoying Dell ads in the ’90s) has been up to lately. While I remember that he was working as a waiter in New York after getting fired by Dell in the wake of his arrest for buying marijuana, I didn’t realize until this week that he’d started acting again. In a video interview with Business Insider, Curtis talks about how he’s rebuilt his career after a long and trying ordeal where he couldn’t get work.

He starts by talking about the massive blunder he made by buying weed from a delivery guy on a bike who was being followed by an undercover cop. Adding to the comedy was the fact that Curtis was dressed in a kilt during the time of his arrest.

“When you see a guy in a kilt buying from a guy on a bicycle, what are you going to do but arrest him?” he explained.

After his stint as a waiter, Curtis has made his way back to acting and he’s since appeared in TV ads and has done some voiceover work. He’s also appeared in feature films such as 2011’s We Are the Hartmans.

Despite his past troubles, it sounds like he would relish playing the Dell Dude again if Dell asked him to do so.

“It’s too bad for Dell that they haven’t had the sense to bring me back yet,” he tells Business Insider.

Check out the full interview for yourself at this link.