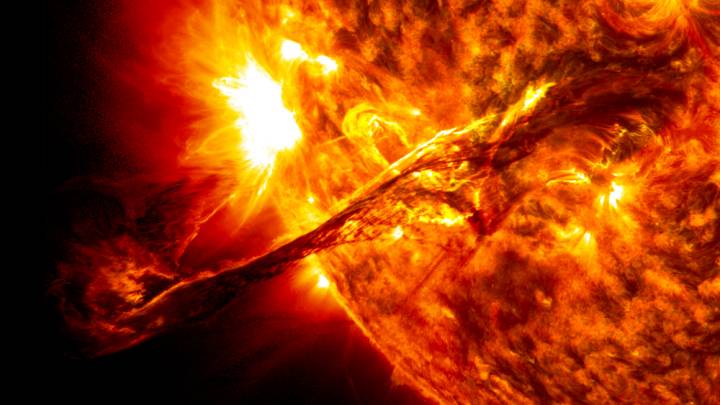 You don’t need me to tell you that the Sun is pretty important to all of us. Without it, we wouldn’t be here, but it won’t be around forever. Scientists predict that the Sun will begin dying in around 10 billion years from now, but since mankind has never been around for such an event it’s impossible to know exactly how it will all go down.

Researchers have observed far-off stars in different stages of their lives for decades, and with the data they’ve gathered we’re now closer than ever to being able to predict how our own star will enter the final phases of its life. In a new research paper published in Nature Astronomy a team of astronomers from around the world crunch the numbers and attempt to paint a picture of what will happen to our star billions of years from now.

Using advanced data models that take into account the mass of a star and the type of star it is, the scientists have built a formula to predict whether or not a star create a massive, dusty nebula when it finally dies. The model can forecast the luminosity of the resulting nebula, and when the scientists added the data of our own Sun to the model it spit out the answer.

The formula suggests that the Sun is large enough to produce a planetary nebula in its wake, leaving a dusty, glowing cloud of material where much of the Solar System used to be. However, the cloud will likely be quite faint, since our star isn’t actually all that large compared to those which create more stunning nebulae.

“We found that stars with mass less than 1.1 times the mass of the sun produce fainter nebula, and stars more massive than 3 solar masses brighter nebulae, but for the rest the predicted brightness is very close to what had been observed,” Professor Albert Zijlstra of Jodrell Bank explains. “This is a nice result. Not only do we now have a way to measure the presence of stars of ages a few billion years in distant galaxies, which is a range that is remarkably difficult to measure, we even have found out what the sun will do when it dies!”

Obviously mankind will need to be long gone by the time this all happens, and any living creatures roaming on whatever is left of Earth by that point (10 billion years is a long, long time, after all) won’t have anything left to stand on. So pack your bags, and praise the Sun.