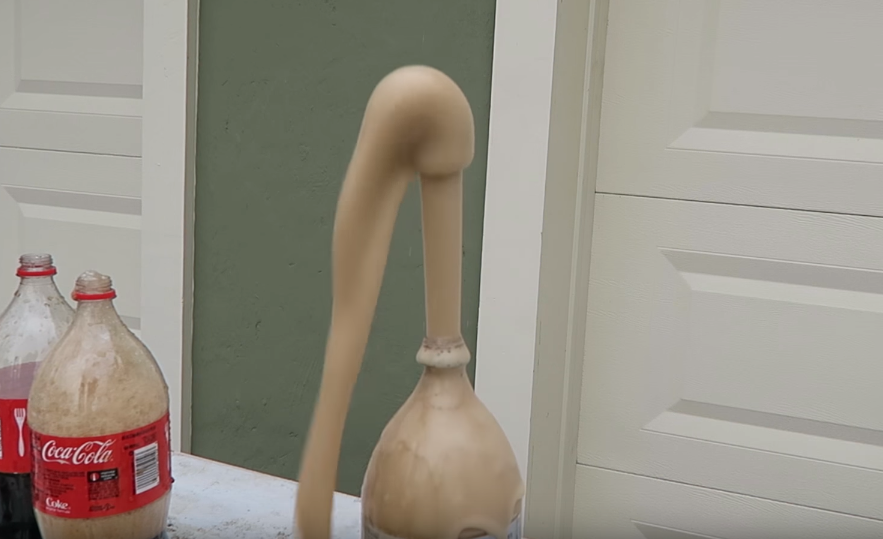 The wacky guy behind the CrazyRussianHacker YouTube account has been a little obsessed with doing things to Coca Cola lately. You may remember his previous video where he mixed Coke and bleach and got the soda to turn completely clear. Over the weekend he came back with a new video showing us what happens when you dump a bunch of salt into a bottle of Coke. Spoiler alert: It makes a giant mess.

As you can see in the video below, Coke reacts very violently when you add salt and it fizzes completely out of control:

The reason this happens is very simple: When the salt gets dissolved by the soda, it changes the balance of the soda’s chemistry and forces the release of carbon dioxide bubbles from the solution. Essentially, the salt “crowds out” the carbon dioxide and replaces it in the soda. The carbon dioxide then has nowhere else to go but out, which is why it will explode out of the soda bottle.