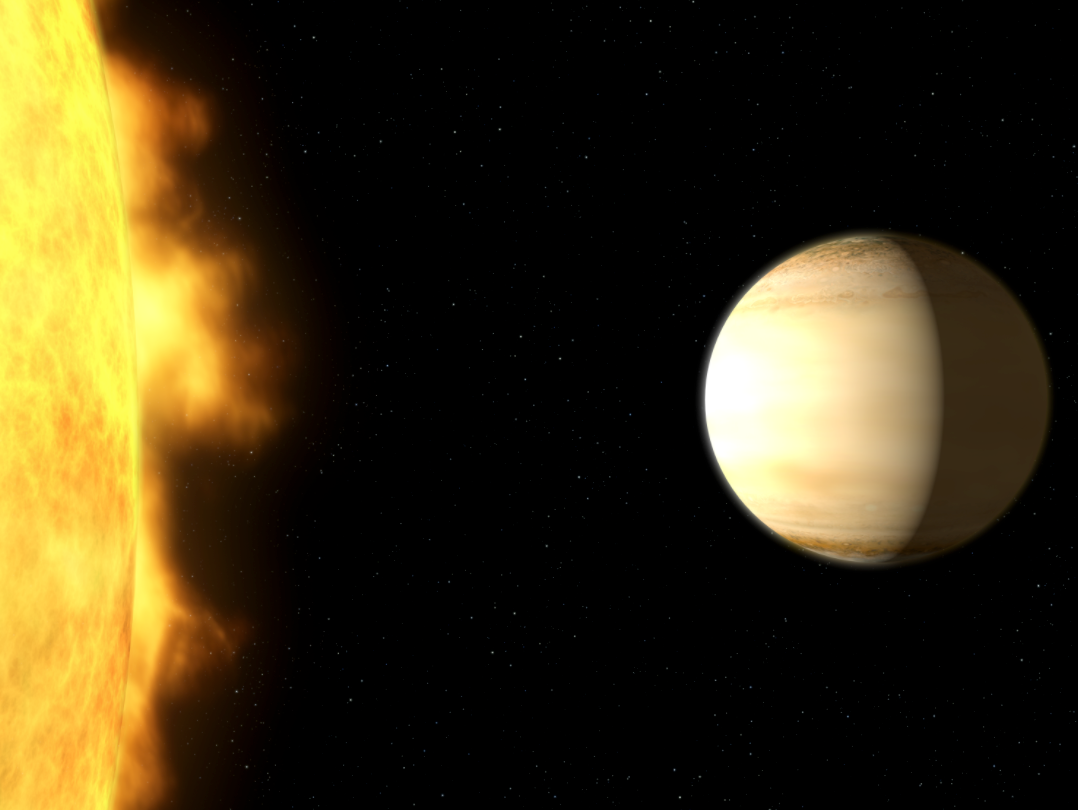 Searching for Earth-like planets orbiting distant stars is no easy task, mainly due to the complex criteria needed for a an alien world to be considered similar to our own. Oftentimes, worlds which are located within the habitable zone of their star lack other important things that we consider crucial for life, like an atmosphere or the presence of water. A new study of a distant exoplanet known as WASP-39b reveals that it definitely has a lot of water, which is a great sign, but it’s also so incredibly hot that you wouldn’t last a second on its surface. Bummer!

WASP-39b is around 700 light years away from Earth and was first discovered way back in 2011. Like many exoplanets, it had to wait its turn to be studied further, but once scientist took a closer look they were quite amazed at the nature of its atmosphere. The planet is a sauna of truly epic proportions.

By studying the various light signatures a distant planet gives off, researchers can get a very good idea of what is floating around in its atmosphere. In the case of WASP-39b, there’s a whole lot of water vapor and heavy metals. It’s estimated to have around three times as much water as Saturn, but while Saturn is a frigid world, WASP-39b is anything but.

The planet’s host star is a lot like our Sun, but WASP-39b orbits it much more closely than any planet in our Solar System. It’s so incredibly close to the star that it completes a full orbit in just four days. At that distance, the temperature of the planet is around 1,400 degrees Fahrenheit. By comparison, Mercury, which is the closest planet to the Sun in our Solar System, is around 800 degrees Fahrenheit on its sunny side.

But how does such a wet planet exist so close to its star? Researchers believe that the planet may not have always been so close, and that it likely formed much farther away in its star system before ending up in its current spot, though they can’t explain exactly how that might have happened.