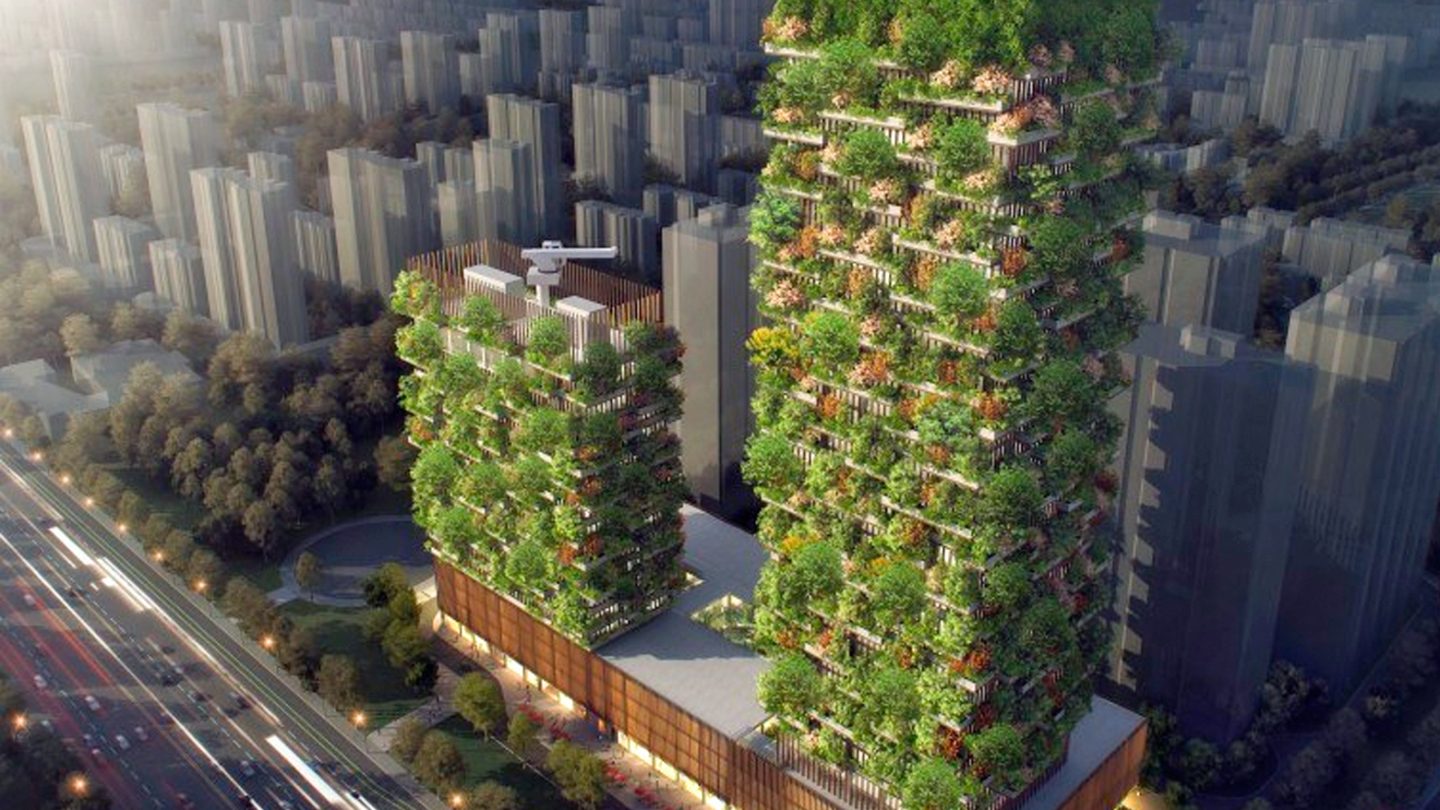 How do you combat the ills of poor air quality and pollution in a massive city of over eight million people, where there’s hardly room to plant new trees? You build a forest straight up into the sky. That’s the idea behind the Nanjing Vertical Forest, which is scheduled to be fully built by 2018, and will bring thousands of trees and shrubs into the highly populated Pukou District of the city, absorbing tons of CO2 and producing a wealth of oxygen at the same time.

Designed by famed architect Stefano Boeri, the “forest” will actually be a pair of towers absolutely covered in greenery. The taller of the two towers will stand 200 meters high, with 35 floors, and will host everything from a museum to a private club on its roof. The larger tower will even feature an architecture school specializing in green building. The smaller structure measures just over 100 meters tall and will be a Hyatt hotel with nearly 250 guest rooms.

The Nanjing Vertical Forest isn’t just a night bit of eye candy, it’s also extremely valuable from an environmental perspective. The structure will have 1,100 large and medium-sized trees on its facades, along with 2,500 other plants and shrubs. The plants are expected to provide 60kg of oxygen per day while absorbing over 25 tons of carbon dioxide every year.

This isn’t the first vertical forest that Boeri has designed and built; Milan, Italy, has its own pair of towers that resemble the planned Nanjing structure. Construction began in 2009 and was completed in 2014, and the buildings are now residential structures. However, the Nanjing project is much larger in scale and ambition, more than doubling the number of plants as well as increasing the total height of the towers themselves.