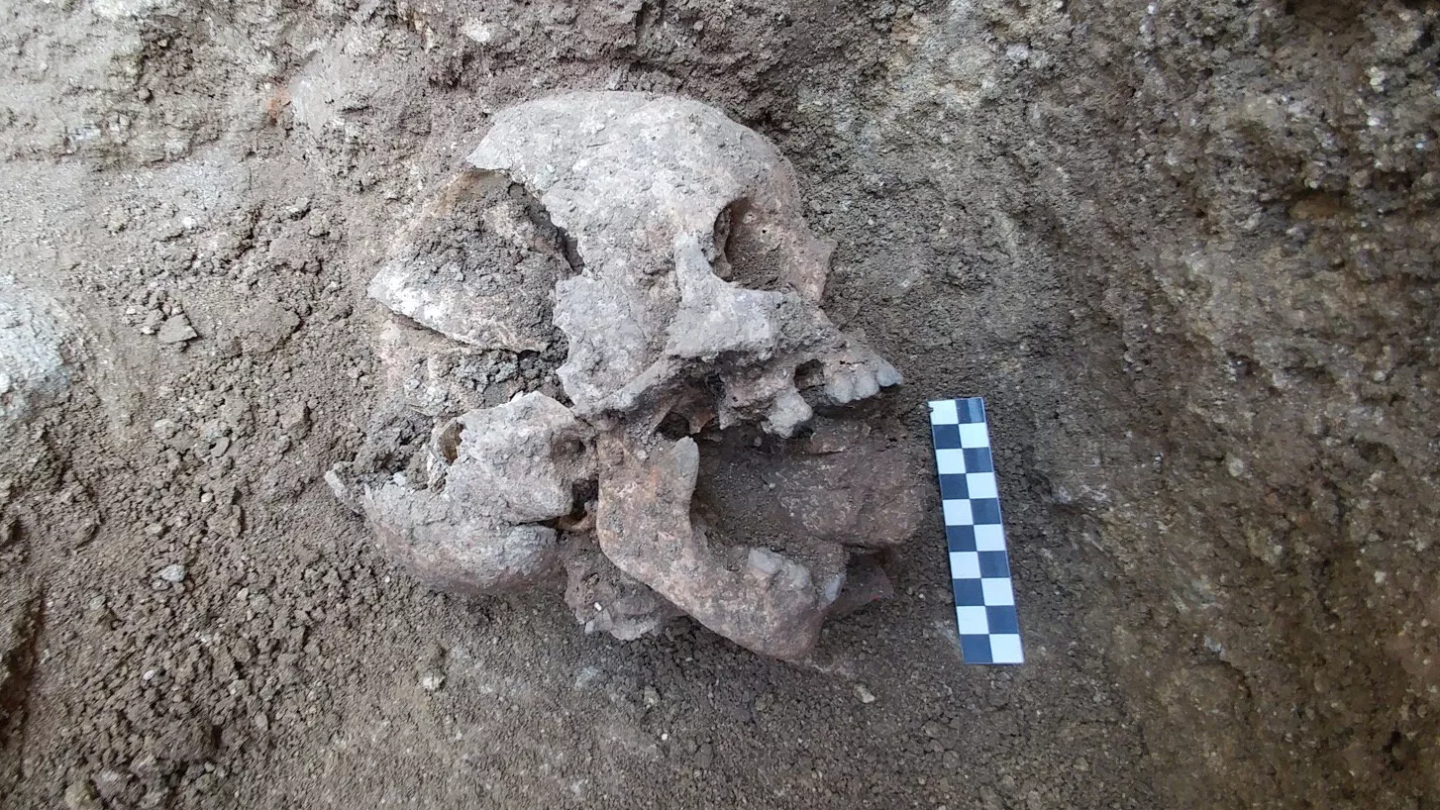 When archaeologists discover remains that have been hidden for hundreds and hundreds of years there’s a few things they might expect. Brittle bones, loose teeth, and other delicate artifacts are the norm, but when researchers unearthed the body of a 10-year-old who died over 1,500 years ago at an ancient burial site in Italy they got something they didn’t anticipate.

The young person’s body which was tucked within a rectangular hole was largely ordinary with the exception of the skull. Within the child’s mouth was a fist-sized rock which had been wedged between the jaws. Whoever buried this child didn’t want them coming back.

As the University of Arizona explains in a blog post, the practice of placing a stone between the jaws of a dead person prior to laying them to rest is known as a “vampire burial.” It isn’t done out of disrespect to the deceased, but rather for the benefit of the still-living.

At the time, some thought that burying a person this way would prevent them from rising after death. It might sound absurd now, but whoever buried this particular child may have had a very specific reason for taking this unusual step.

The child, whose sex has not yet been determined, shows signs of having had malaria. A malaria epidemic in the fifth century that devastated parts of Italy would have given citizens the incentive to ensure that victims of the disease remained buried. The remains of other children in the same burial site were accompanied by occult trinkets, suggesting that the community had turned to magic in their fight against the disease.

“This is a very unusual mortuary treatment that you see in various forms in different cultures, especially in the Roman world, that could indicate there was a fear that this person might come back from the dead and try to spread disease to the living,” Jordan Wilson, a doctoral student at the University of Arizona, said in a statement.