There are X-rays coming from Uranus

Uranus is big, cold, and mysterious. As the second-furthest planet from the Sun, it’s rather difficult for researchers here on Earth to study it without sending spacecraft to get a closer look. The only probe to ever make a relatively close flyby of the planet was Voyager 2, and that was over three decades ago. Recently, data beamed back to Earth from NASA’s Chandra X-ray Observatory — a large space telescope that was launched 21 years ago — has helped scientists learn a bit more about the frozen planet.

Using the telescope, which as its name implies is designed to detect X-ray emissions, researchers were able to spot X-ray emissions coming from the planet for the first time. It might sound crazy to think that data gathered back in 2002 was only recently analyzed, but scientists are busy people, and when they finally began comparing images taken from 2002 to 2017 they found clear indications that Uranus was beaming X-rays into space.

In the original images taken in 2002, the scientists say they found “a clear detection” of X-rays, and in the images taken in 2017, they think they might have even spotted an X-ray flare. The image below is the 2002 capture layered over an image of Uranus from a different telescope. The pink you see is the X-ray energy. 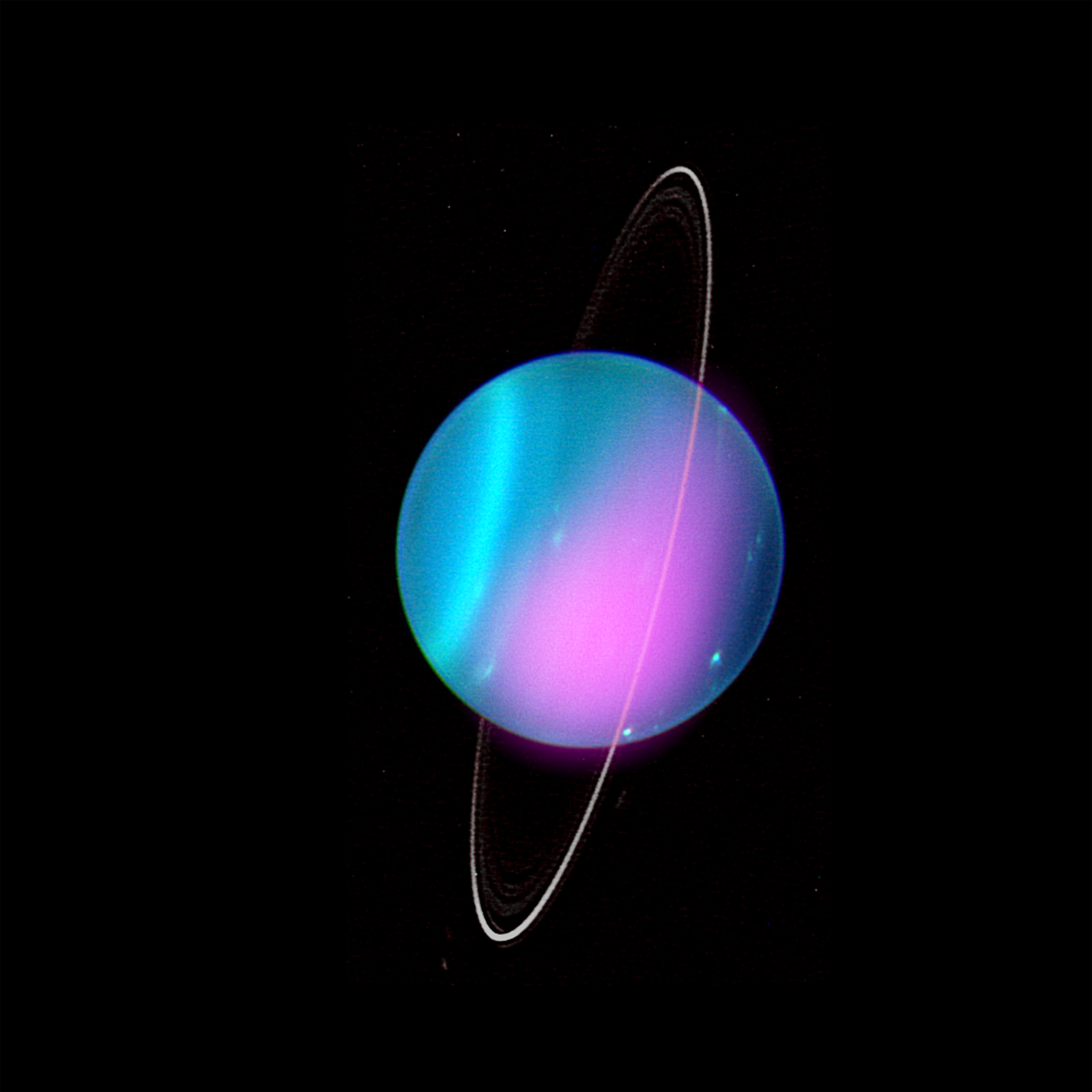 Uranus is weird, rotating at a 90-degree angle to all the other planets in our system, but that doesn’t explain the X-rays. Detecting X-ray emissions on Uranus isn’t an entirely unexpected development, as planets like Saturn have been found to do the same. The real question is what is generating that X-ray energy in the first place.

As NASA explains in a new blog post, the biggest source of that energy is likely the Sun itself. Uranus does get sunlight despite being way, way out there, and when that light hits the planet it can scatter. The telescope picks up the wavelengths that it can, and those happen to be X-rays. However, the researchers believe that the Sun isn’t the only source of energy, and it’s possible that the rings around Uranus are helping to produce X-rays of their own.

In a paper published in the Journal of Geophysical Research, a large team of scientists explains how charged particles that surround the planet may be helping to produce X-rays. When those particles interact with the material in the planet’s ring structure, the collisions between the two could be generating X-rays as well. Combined with the X-rays from scattered sunlight, there’s a relatively healthy source of X-ray energy coming from Uranus.

More work needs to be done to confirm this and, ideally, more observations would help. There aren’t currently any plans to visit Uranus on NASA’s short-term roadmap, so for the time being, staring at it from afar is the best we can hope for.

Tweet
Scientists just beat diamonds at their own game