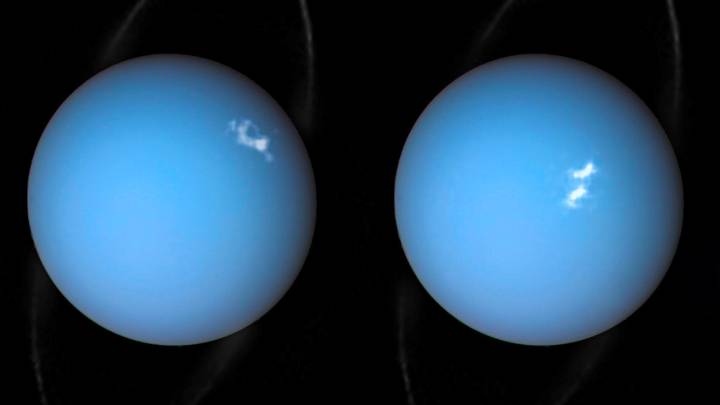 If we could somehow travel to the other planets in our solar system on a whim — you know, just for sightseeing and such — nobody would want to hang around Uranus for long. It’s a cold, dangerous place, where diamonds form and rain down within its mass of frozen gas. Now, new research suggests that there’s another great reason to never go there, as its moons are currently on a collision course with each other.

The study, led by Robert Chancia of the University of Idaho, discovered that one of the planet’s moons, Cressida, is currently in an orbit that will lead it to collide directly with another, called Desdemona.

Cressida is quite tiny, even when compared to Earth’s moon, measuring just 82 kilometers across and boasting a mass just 1/300,000th that of our moon. It’s thought to be partially made up of ice, though researchers still aren’t sure what else it might contain.

Desdemona is even smaller, but the density with which the moons are situated around Uranus is likely to lead to catastrophe, Chancia and his colleagues predict. The team believes that in roughly one million years, the two moons will slam into each other, and eventually two of the planet’s other moons, Cupid and Belinda, will follow suit.

Scientists believe that moon crashes have happened before around Uranus, and it’s theorized that some of the debris that currently orbits the planet in a faint ring is actually the byproduct of those collisions.

NASA is still considering a plan to send a probe to sample the gasses of Uranus, but that mission wouldn’t actually take place until after 2030.