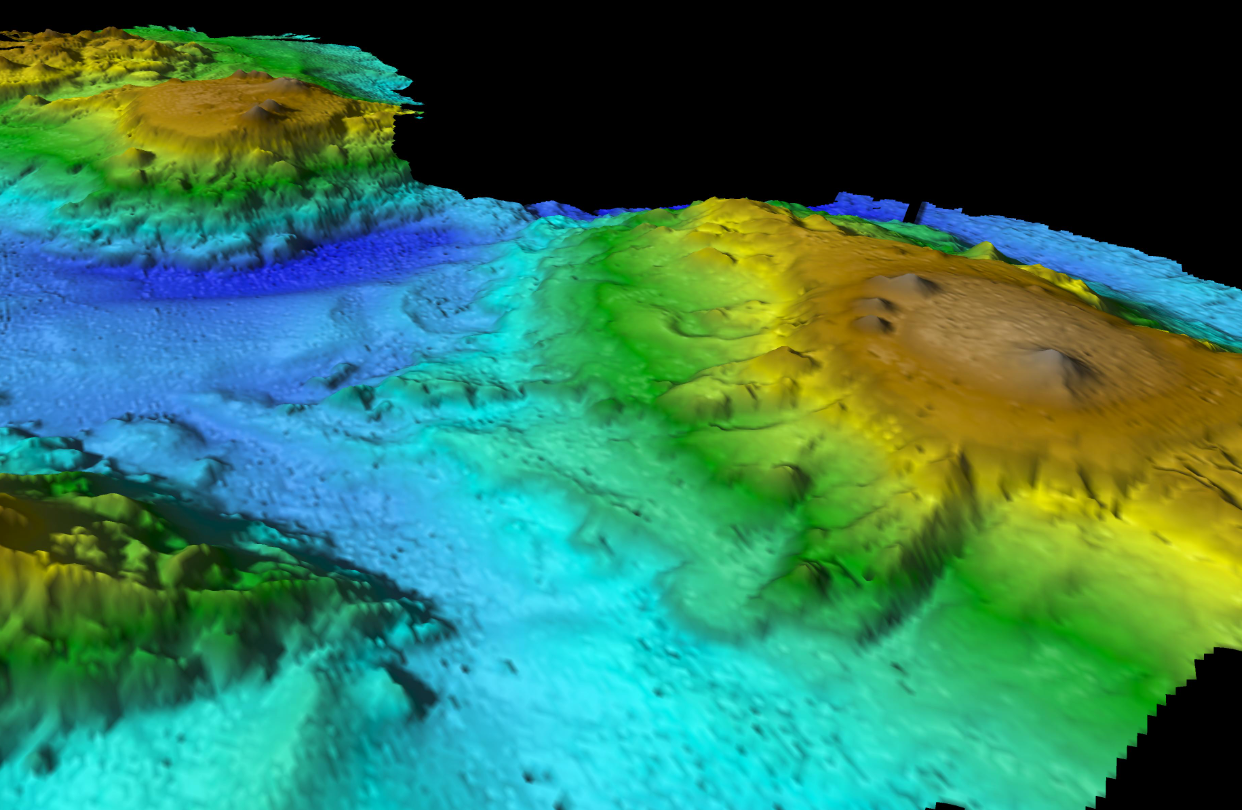 It’s often said that we know less about what is hiding in Earth’s oceans than we do about what lurks in the depths of space. While that might be hyperbole, a new discovery off the coast of Australia certainly lends weight to the argument.

Hidden some 2,000 meters beneath the waves off the east coast of Australia, researchers stumbled upon something they didn’t even know was there: a massive volcano graveyard that they are calling the “Lost World” of extinct underwater volcanos.

The researchers were originally surveying the area to study biological markers but their underwater mapping hardware tipped them off to something else entirely. There on the sea floor, jutting up thousands of meters from the bottom, were several volcanic peaks that had never before been documented.

The volcanos the team spotted have long since died off, and are no longer active or at risk of any kind of volcanic activity, but their towering presence remains. Some of the mountainous features stretch over 16,000 feet above the ocean floor, and many of them are dotted with smaller peaks that hint at volcanic events long ago.

“We’re pretty sure that these seamounts were related to the break up of Australia and Antarctica. It was about 30 million years ago,” Tara Martin, a marine geoscientist with the Commonwealth Scientific and Industrial Research Organization, told the Australian Broadcasting Corporation. “As Australia and Antarctica and Tasmania all broke up, a big hotspot came in under the earth’s crust, made these volcanoes, and then helped the Earth’s crust break so that all of those areas could start to drift apart.”

But it wasn’t just the geological features that the scientists ended up observing. While monitoring the area the team noticed that the large peaks were teeming with life, including dozens of humpback whales that cruised along the now-silent volcanic mounds. The location appears to be “an important signpost on an underwater migratory highway,” for the marine mammals, according to the scientists.