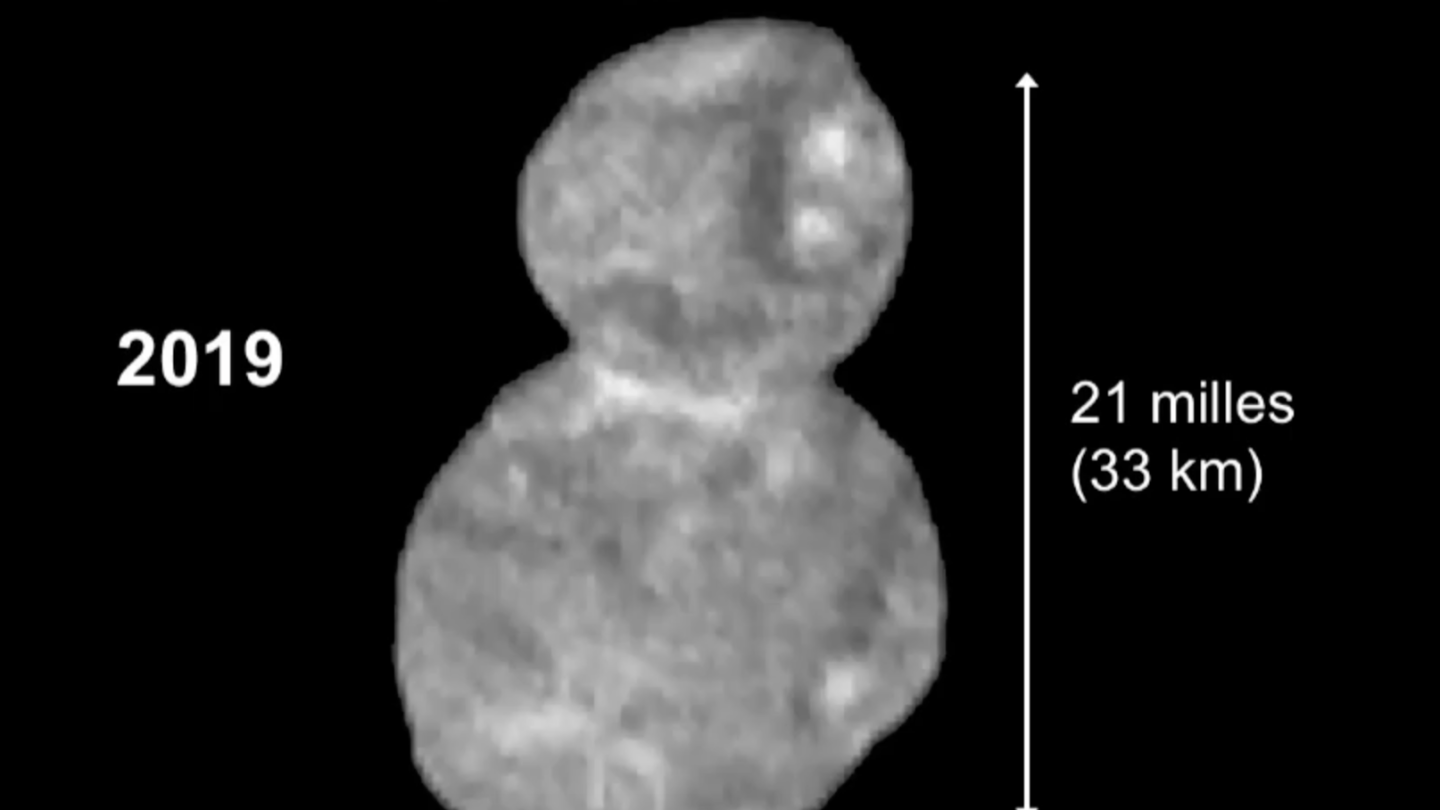 NASA’s New Horizons spacecraft sped past the peculiar asteroid binary known as Ultima Thule on New Year’s Day, and it collected an incredible amount of data. In its first transmission to Earth after passing its target New Horizons told its handlers that it had filled its on-board data storage to the brim.

Now, as NASA prepares to have the spacecraft send back every bit of information it gathered during its encounter, scientists are eager to answer one question in particular: Does Ultima Thule have moons?

As Space.com reports, astronomers have built models that suggest Ultima Thule rotated much faster a long time ago, completing one full spin as quickly as every three hours. Today it takes around 15 hours to complete a rotation, but why is that?

It’s possible, researchers believe, that small moons orbiting Ultima Thule are responsible for slowing down the larger objects in the center. By exerting a pull on the central bodies the moons could gradually cause them to slow down, but that explanation is only viable if we can actually prove that Ultima Thule has moons to begin with.

But despite the fact that the flyby itself has come and gone, it’s going to take a while for scientists to actually answer this question and many others. That’s because New Horizons will continue to send back the data it’s storing for the next two years or so. The downlink between the spacecraft and Earth provides a trickle of data that will take years to sift through, and researchers have to wait and hope that the answer to the moon riddle is contained within it.

Furthermore, even if the data doesn’t reveal the presence of a moon (or several) orbiting Ultima Thule, it doesn’t mean that the binary didn’t have one or more moons in the past. The smaller bodies may have departed long ago, leaving no trace aside from the now slowly-spinning central unit.