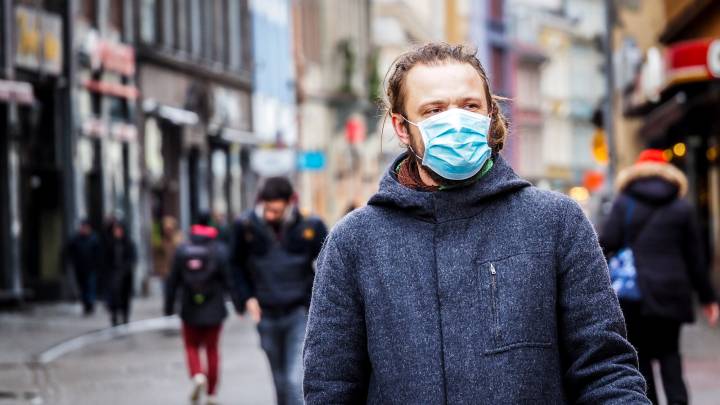 The UK reported more than 53,000 new cases on Tuesday, a new record for the country. The previous record was just one day earlier on Monday when more than 41,000 COVID-19 cases were reported. The country began a soft lockdown in the weeks preceding Christmas, with the government setting stricter regulations to limit the spread of the virus. Britain seemed to be flattening its curve, averaging between 15,000 and 20,000 daily cases in the first week of December. But then the news came from health officials that a new COVID-19 strain was detected in the southern part of the country, including London. The B.1.1.7 version carries 17 mutations, including eight found at the spike protein level. The UK mutation was found to be more infectious than other strains, prompting many European governments to halt travel from the country.

Dr. Anthony Fauci advised against such drastic measures, saying that testing of travelers might be the better choice. He also speculated that the strain might already be spreading in the US. Indeed, many countries detected B.1.1.7 even after the travel bans were put in place. The strain was first found in September, so it had plenty of time to spread in Britain and other nations.

Now, officials in Colorado have confirmed the first recorded COVID-19 case in America that was caused by the UK mutation. The mutation might be more infectious, but the good news is that it doesn’t cause more severe COVID-19, and it’s not more lethal than other strains. But unfortunately, the first US case is of the worst possible variety.

According to an announcement that was shared on Twitter by Gov. Jared Polis, a man in his 20s who is currently in isolation in Elbert County has been infected with the new B.1.1.7 strain of the novel coronavirus.

Today we discovered Colorado’s first case of the COVID-19 variant B.1.1.7, the same variant discovered in the UK.

The health and safety of Coloradans is our top priority and we will monitor this case, as well as all COVID-19 indicators, very closely. pic.twitter.com/fjyq7QhzBi

The statement above indicates the man had no travel history, and that’s the worst part of this news. Detecting the UK mutation in a patient who has not traveled to the UK recently indicates that the person contracted the illness in some other way. In other words, the diagnosis confirms the B.1.1.7 is already spreading freely in Colorado communities.

When a virus reaches the community transmission phase, it means there’s enough in the wild to fuel additional infections. Also, public health officials have little chance of containing the spread, as contact tracing becomes useless, for the most part. Regardless of B.1.1.7, most places in the US are already experiencing high COVID-19 caseloads. December brought a record number of deaths in America, with the average daily number of infections hovering between 200,000 and 250,000. Community transmission is so high that contact tracing attempts would not actually accomplish anything. The statement Polis shared prove as much, saying that no close contacts of the infected individual have been identified.

The B.1.1.7 virus does not cause a different form of COVID-19. The only way to find out what genetic version of the virus is to sequence the virus’s genome, something the UK health system is more efficient at than the US. More sequencing of current and future patients could help public health officials identify other people who are infected with the UK coronavirus mutation and determine how severe the spread of the new strain might be.

A first study of the B.1.1.7 version showed the virus might be 56% more contagious than other strains. Viruses mutate all the time and it’s not always to their advantage. Becoming more contagious doesn’t mean the resulting illness will be more severe than before, and the new strain doesn’t seem to infect people who were previously infected with a different version. This would indicate that neutralizing antibodies from a previous infection would still work against the new strain. Experts think that’s the case with vaccines as well. While more testing is needed, the BioNTech and Moderna drugs should still elicit an effective immune response against B.1.1.7.

Health experts also expect to see the mutation in other places across America now that the first case was confirmed. “We can expect that it will be detected elsewhere,” a federal scientist told The Washington Post. The CDC also issued a statement on Tuesday afternoon saying as much; the Commission expects to see additional cases with the new variant in the US in the coming days.