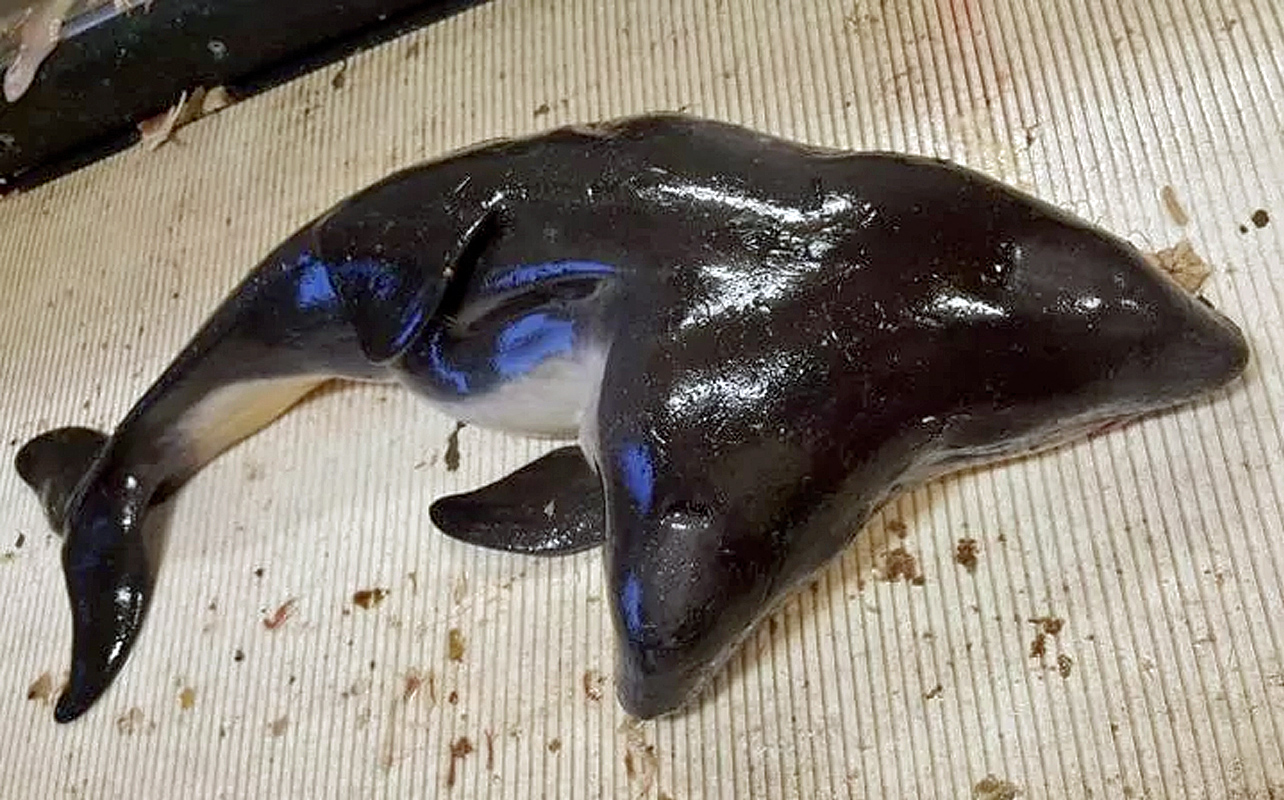 Mother Nature has provided humanity with some pretty awesome things in the past — existence, for example, is a pretty solid gift — but sometimes things don’t go exactly as planned. That appears to be the case with a porpoise recently caught by Dutch fishermen. The animal, which was snagged entirely by accident, is the world’s first documented example of a two-headed harbor porpoise, and it’s quite a sight.

The strange creature, which was captured by a trawler working near the town of Hook of Holland, was photographed after its discovery and then promptly tossed back into the ocean. The fishermen said they put the animal — which was already dead by the time it was caught — back in the water because they were afraid of the legal ramifications of keeping it. Researchers from the University of Rotterdam have been closely studying the photos of the animal and determined that it likely died shortly after birth. They’ve determined that the porpoise almost certainly wasn’t capable of actually swimming, due to an underdeveloped tail section which would have immobilized it.

Speaking with NewScientist, Erwin Kompanje of Erasmus MC University Medical Center explained that proper twins are very rare in aquatic mammals like the harbor porpoise due to the fact that there’s “simply not enough room in the body of the female to give room to more than one fetus.” The result is what is known as “partial twinning,” and it typically produces an animal which has very little chance of survival.