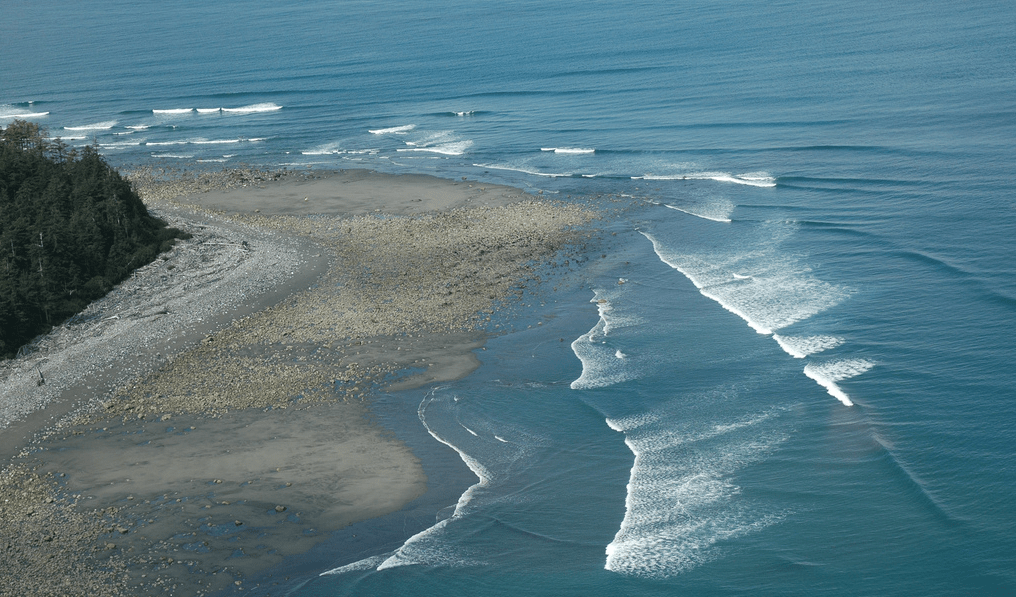 Mother Nature cut humanity a break this morning when a 7.9 magnitude earthquake in the Gulf of Alaska produced tsunami waves measuring only about one foot tall. The quake, which was severe enough to trigger tsunami warnings for Hawaii as well as the West Coast of the United States, occurred at around 4:30am EST.

Officials immediately urged residents of Alaska to seek safety at least 100 feet above sea level, and the tsunami warnings remained in place for several hours before the all-clear was given. Forecasters have since cancelled the warnings for the west coasts of both the United States and Canada, and the situation appears to be calm.

Forecasting tsunamis can be a tricky business even for the world’s top experts. Tsunamis travel and grow in deep ocean water and often sneak up on coastal communities with little warning. They’re not easily detected in the open ocean but instead rise up just as they’re approaching land.

Initially, coastal police in Alaska reported that the water in the harbors was receding, which is often a big red flag that a tsunami is headed for land. The quake’s epicenter was some 175 miles off the coast of Alaska, near Kodiak, and was originally measured to be a magnitude 8.2 event. Subsequent data revealed it to be slightly less intense, and the mild waves that sloshed up on the Alaskan shoreline have revealed the resulting tsunami to be quite small.

Despite the mild outcome, the warnings and evacuations of low-lying coastal areas in Alaska was most certainly warranted. Around the world, tsunamis have wiped entire communities off the map and caused a tremendous loss of life, and it’s always better to be safe than sorry.