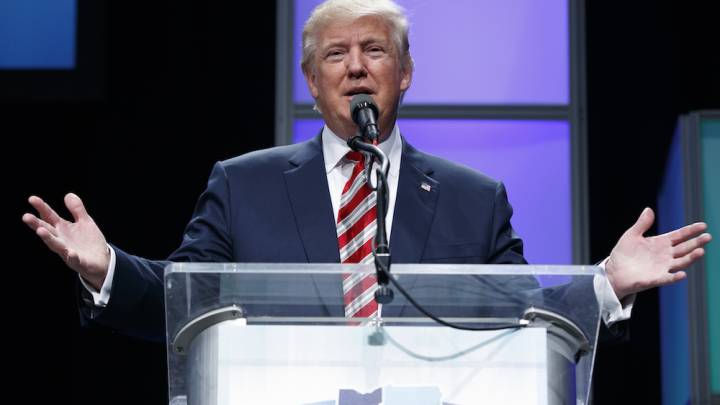 Apparently this election cycle has only been running for two years, even if it feels like two decades. We’ve had debates, leaked tapes, attack ads, apology ads, bad tweets, FBI investigations, email hacks and a new cold war.

But tomorrow, it’s all going to end. In one last attempt to sway voters, the Clinton and Trump campaigns have both released closing ads to persuade us that they’re actually nice people with the country’s best interests at heart.

You should watch them, because for the first time in weeks, neither candidate is really slinging mud at each other. But far more importantly, these are the last campaign ads you should ever have to see.

DON’T MISS: OnePlus is officially releasing an even faster smartphone

Clinton’s ad was published just now, and it’s everything you’d expect from a two-minute video entitled “Tomorrow.” Over a backing of end-of-an-uplifting-movie music, we get two minutes of promises about hope, belief, togetherness and love. It’s the perfect, well-rounded ad for a campaign whose slogan is “Better Together,” even if the vibe of Clinton delivering a monologue from behind a desk is a little too Queen’s Speech.

Again, Trump’s campaign ad is more or less exactly what you’d expect. It manages to take a few digs at Clinton, although it’s more broadly targeting the political establishment than it is the Clinton family specifically. One unexpected twist is the framing of Trump as a man of the people, as someone working with voters rather than a hero who will single-handedly take down the establishment.

They’re both masterpieces of editing and psychology in very different ways. As the last 24 hours of the election wrap up, get ready to see them all over.