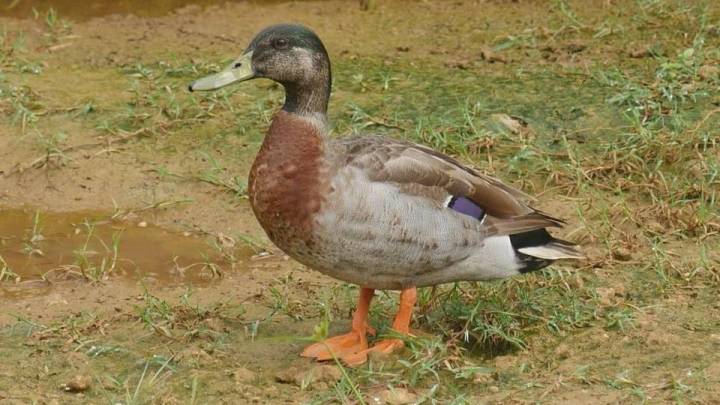 For about a year, the tiny Pacific island of Niue had a mallard duck population of exactly one. Trevor, a friendly duck that showed up on the island out of seemingly nowhere, quickly became a local celebrity, which is fairly easy when the human population of the entire island is only around 1,600.

He was a beloved mascot for island dwellers, but it now seems as though his life has been cut tragically short. Local fans who maintain a Facebook page dedicated to the duck have confirmed that he was found dead near his favorite puddle, and a pack of dogs are the suspected culprits.

A post on January 23rd seemed to indicate that Trevor had gone missing. Nobody could locate him and he wasn’t spotted near his usual hangout. Two days later, the terrible news came that Trevor was indeed dead.

“We’ve had confirmed reports that Trevor the Duck has died,” the update reads. “He was seen dead in the bush after being attacked by dogs.”

Trevor’s story is a strange one, and nobody is really sure how he even ended up on the island to begin with. Everyone’s best guess is that Trevor was blown in with a storm that passed by New Zealand, carrying him some 1,500 miles or more to his new home and eventual resting place of Niue.

As silly as this all seems, Trevor was a truly beloved sight for residents of Niue, and visitors would often snap photos and record video of the friendly fowl as he fed and strolled around a large puddle that became his home.

Trevor has been called the “Loneliest Duck in the World,” but considering the incredible number of people mourning his death it’s clear that he had plenty of friends. RIP Trevor.