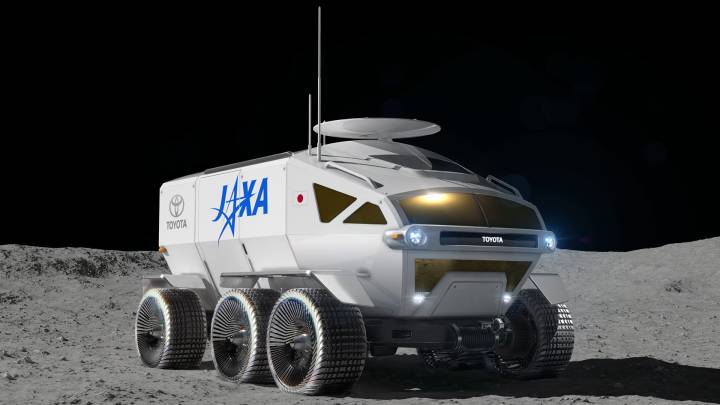 Sending humans back to the Moon is something that NASA and a number of other space agencies around the world are currently working towards. Getting back there won’t be easy, but that’s not stopping anyone from trying.

It’s been several decades since man has walked on the lunar surface, and the last time we were there, we brought a fancy car with us to help us get around. When humans head to the Moon again, they’re going to need transportation, and a new partnership between Japanese space agency JAXA and carmaker Toyota may solve that problem.

Today, Toyota announced a somewhat vague agreement with JAXA that could result in a revolutionary lunar rover. The vehicle, which features a pressurized cabin and a suite of high-tech goodies, would give astronauts incredible freedom to explore the Moon, but it’s not a sure thing quite yet.

Toyota’s announcement of the agreement is somewhat vague in its language, noting that the company and JAXA now have an agreement to “consider the possibility of collaborating on international space exploration.”

As a first step, JAXA and Toyota have reached agreement to further cooperate on and accelerate their ongoing joint study of a manned, pressurized rover that employs fuel cell electric vehicle technologies. Such a form of mobility is deemed necessary for human exploration activities on the lunar surface. Even with the limited amount of energy that can be transported to the moon, the pressurized rover would have a total lunar-surface cruising range of more than 10,000 km.

With a range of over 10,000 km (over 6,200 miles), such a vehicle would give Moon travelers the ability to explore a huge area around a lunar landing site. This would boost the scientific potential of any Moon mission, and allow astronauts to study various features of the surface, collect samples from afar, and conduct experiments under a variety of conditions.

All we have at the moment is a video showing the concept in (simulated) action, but it already looks pretty stunning. The six-wheeled vehicle looks like something straight out of a sci-fi movie, and if we see research stations and even settlements on the Moon in the not-too-distant future, Toyota’s fancy rover could become the vehicle of choice.