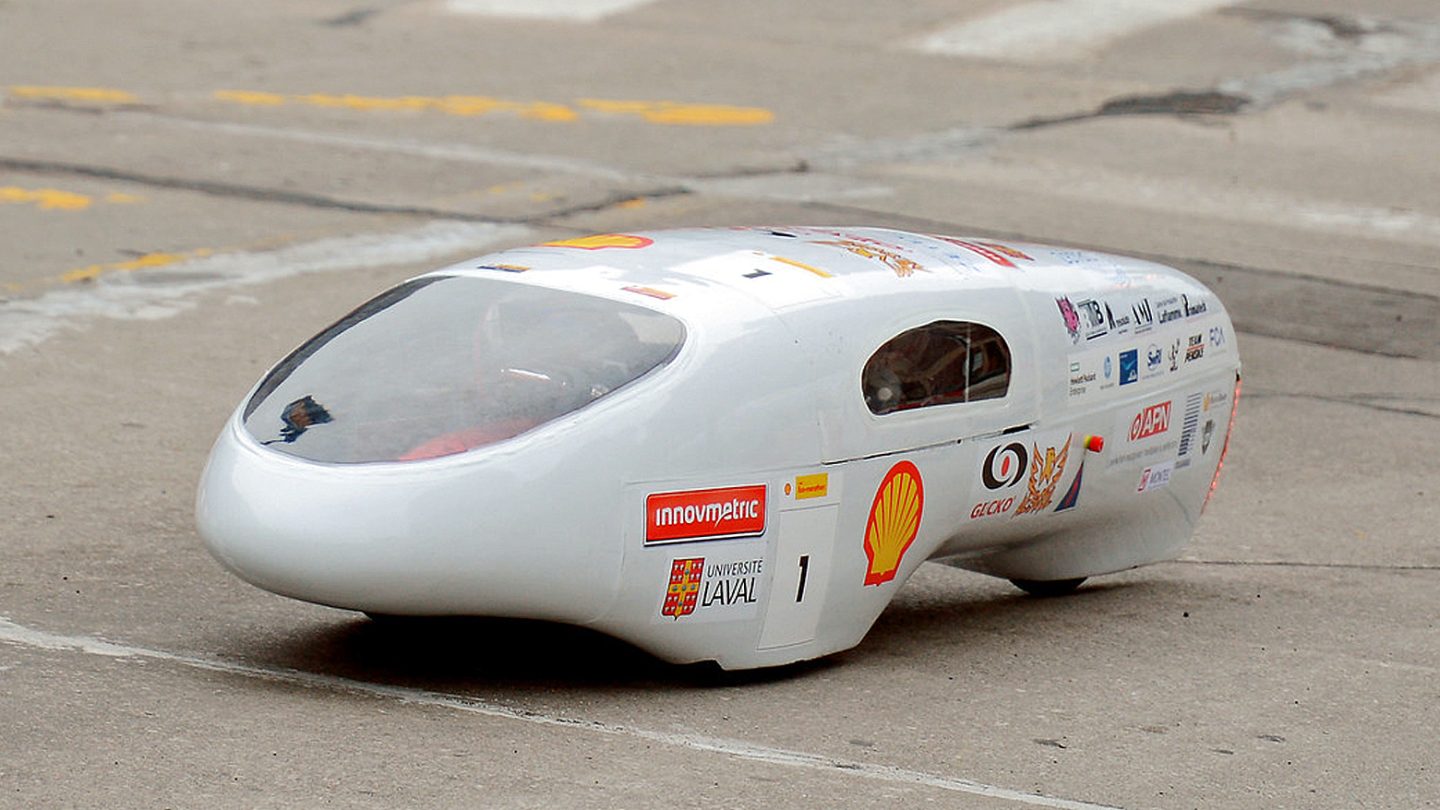 When it comes to fuel efficiency, the never-ending quest for more miles-per-gallon isn’t just about squeezing as much distance as possible out of existing automotive technologies, it’s also about advancing design and engineering in a way that both plays well with the environment and gets us where we’re going. At the 11th annual Shell Eco-marathon, the ingenuity of over 1,200 students was on display, and the while the winning vehicle doesn’t look much like anything you’d see on a city street today, its insane efficiency rating of over 2,713 miles per gallon is truly something to marvel at.

The competition is broken down into a handful of categories spanning various automotive technologies including fully electric, hydrogen fuel cell, and internal combustion. The overall champion, who tallied their fourth win at the competition and second win in a row, was Université Laval of Quebec. The group’s futuristic, three-wheeled white torpedo of a car had an official fuel efficiency rating of 2,713.1 miles per gallon, which was enough to give it a first place finish.

The head-to-head throwdown took place in Detroit, where teams had to pilot their vehicles for ten laps around short closed track on downtown pavement. The total length of the drive is around six miles, and Laval took down 114 competing teams to win its top spot.

But what might be even more shocking about the winning car’s insane fuel efficiency figure is that it doesn’t even hold a candle to the 2015 winner. During that competition, the University of Toronto entered a sleek black cone-shaped car that managed an astounding 3,421 miles per gallon, which took the top spot.